November 3rd was our third wedding anniversary. It was time to go somewhere nice, relax, soak up the sun, hang out and generally ignore the world for as long as we could. Given that I wasn’t cooking, I thought a few snapshots would make a pretty post instead. And for those interested, stay tuned for a bump shot!

It rained for two days prior to us leaving… and I was so sad. All I could think about was the beach, sunscreen, sarongs, cool drinks and ocean swims. All weekend.  Were we going to be stuck indoors like last year when we went to Daydream Island and we had a tropical storm the entire time? When we arrived at our Marcoola hotel (the Atlantis – good fun! especially for families), the view was cloudy but gorgeous. 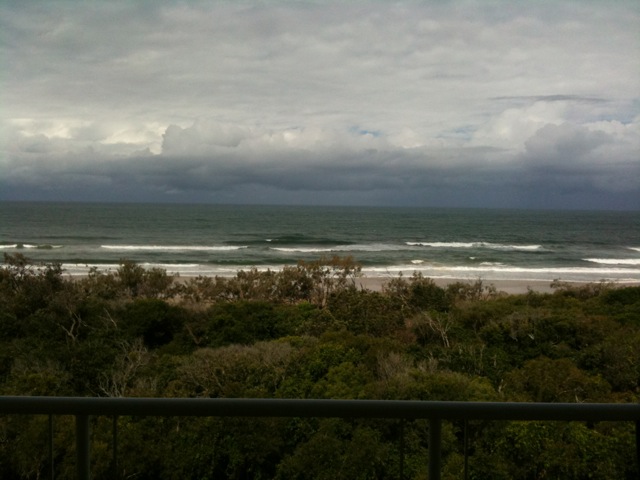 But as they say in Queensland – beautiful one day, perfect the next, and in a matter of hours, we looked out upon this: 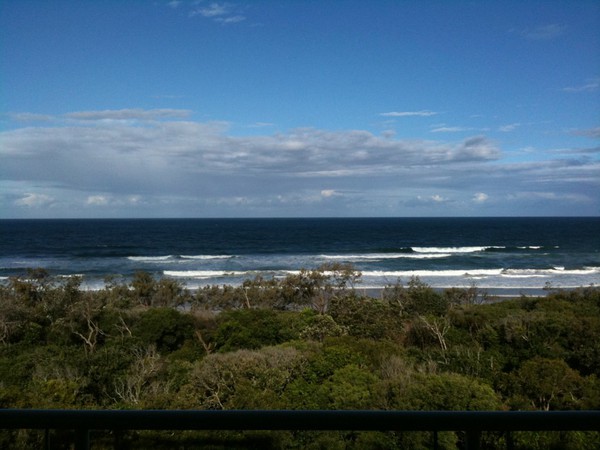 Nothing to complain about here!

I wasted pretty much NO time the next morning getting to the beach. I’ve only just gotten over my fear of the sea (definitely grew up mostly in outback Queensland, the ocean was completely alien to me), and the bump came along for the ride. I have a feeling this one’s going to be a water baby!

Now I don’t know about you, but I’m always starving when I get out of the water. All I ever want to do is eat hot chips and tomato sauce like I did when I was a kid and swam at the local pool every day. But I’d packed a little picnic in THE coolest picnic basket of all time, which was way more fun. 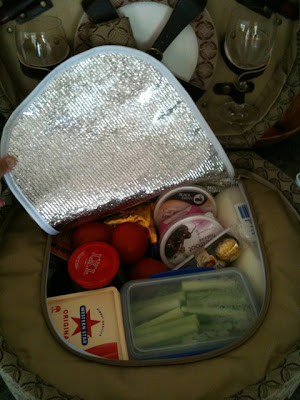 The butter and jam were for our croissant breakfasts the next morning… and boy were they GOOD! Looking out over the crashing ocean, sitting on our little sun-drenched balcony, enjoying each other’s unrushed company. Beautiful.

Given that we don’t have a TV, Veggie Dad was pretty happy (understatement alert) to catch up on the cricket. And given we only have one tiny, ancient couch that we usually have to both squish on to, he was pretty happy to stretch back on a giant recliner. It proved a little harder for me – I fell into and out of one of these all weekend. Bump doesn’t allow for much manoeuvrability!

But the only thing I fell into at Noosa beach the next day was the sand. 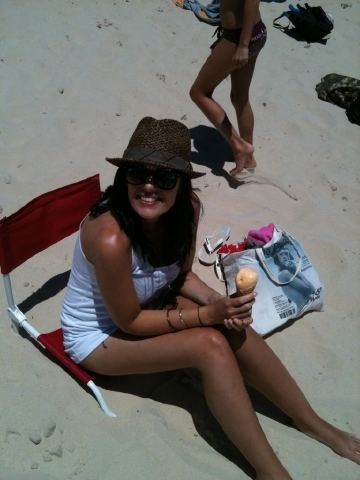 And of course, the day that started it all… 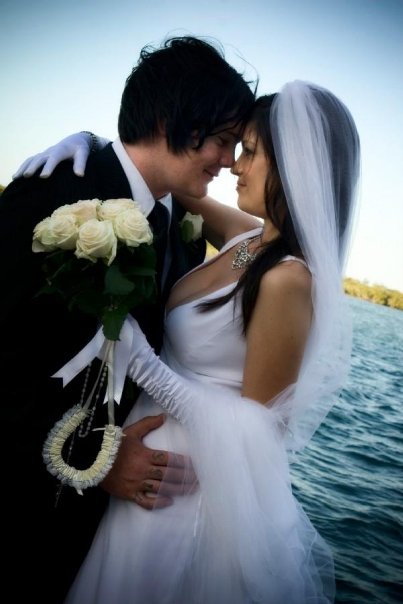 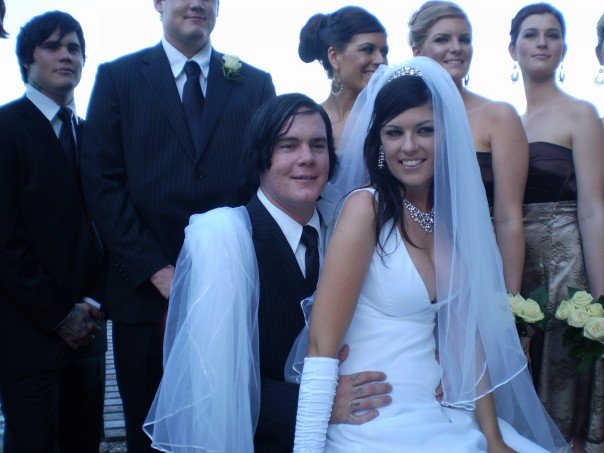