So it’s the morning after, I’ve got one brand new tattoo, one great big hangover and one blog post to write.

So basically, the world is ending. but here goes.

I wasn’t nervous prior to my appointment, given my owl was so excruciating I figured I could get through anything.

PMA was high on the drive down… I had tunes, tea and sunshine. 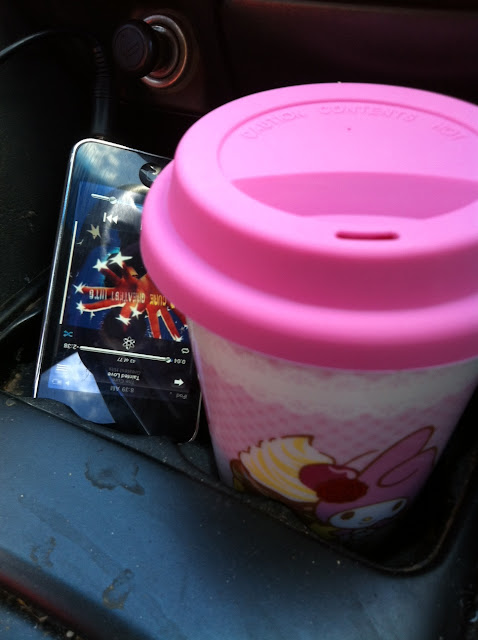 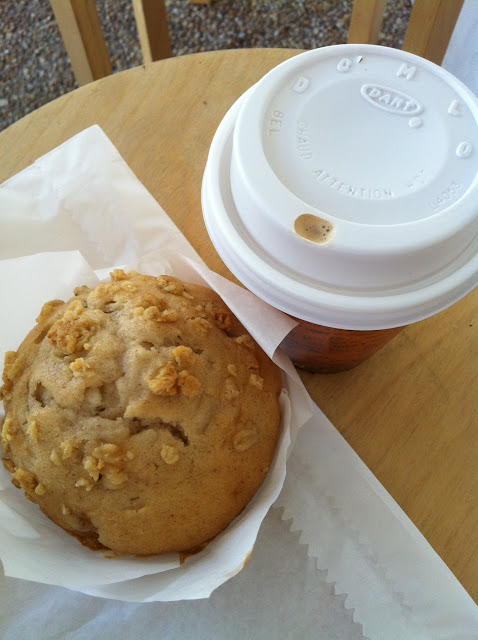 I heard Mitch was running late, so I stopped for a muffin and a coffee. I hate muffins and I don’t drink coffee. I put a piece of muffin in my mouth, gagged, and threw it out. The coffee was weak and it got dumped in favour of two of the best rice paper rolls I’ve ever eaten.
The morning could have gone downhill here. Much like the one I’m having today. When Mrs Woog’s mum starts buying rounds of martinis, you know you’re in for some trouble. 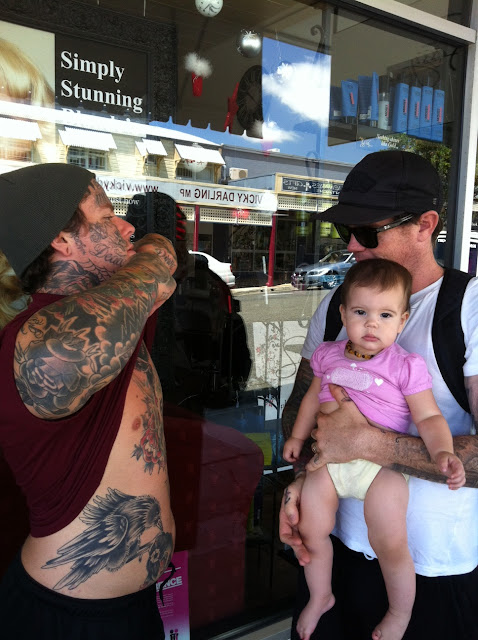 Veggie Baby came for a trip. She was unimpressed. This was captain birdy swallow ready to go. 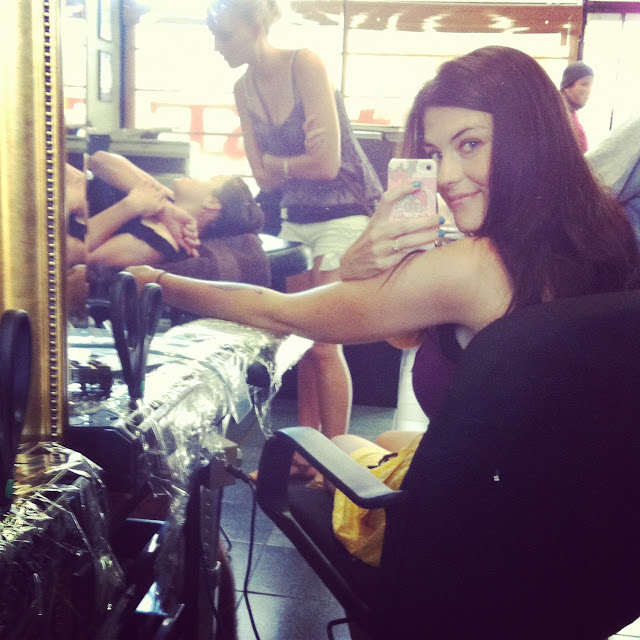 That poor girl in front of me was getting her ribs tattooed. I told her she could chat to me if she needed to take her mind off the pain. She ended up quitting halfway through and leaving her ribs very obviously unfinished.
<insert “i=”” a=”” don’t=”” face=”” good=”” here=”” idea”=”” that’s=”” think=”” very=””> 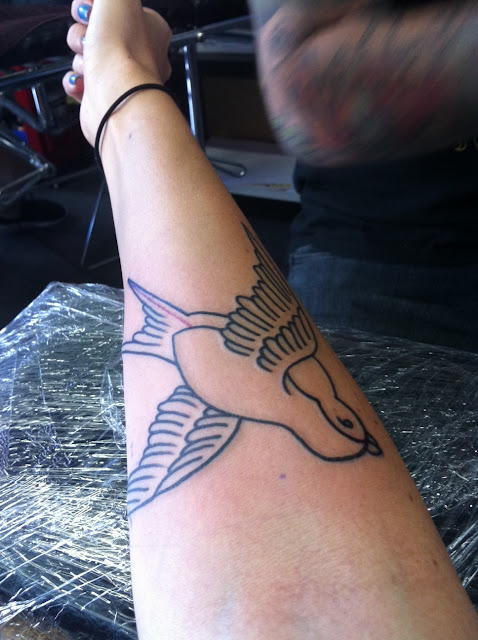 The outline wasn’t pleasant, I did a lot of biting my fingers. It was miles better than my poor owl though. That was three hours of pure hell. I chewed my fingers right off my hands. 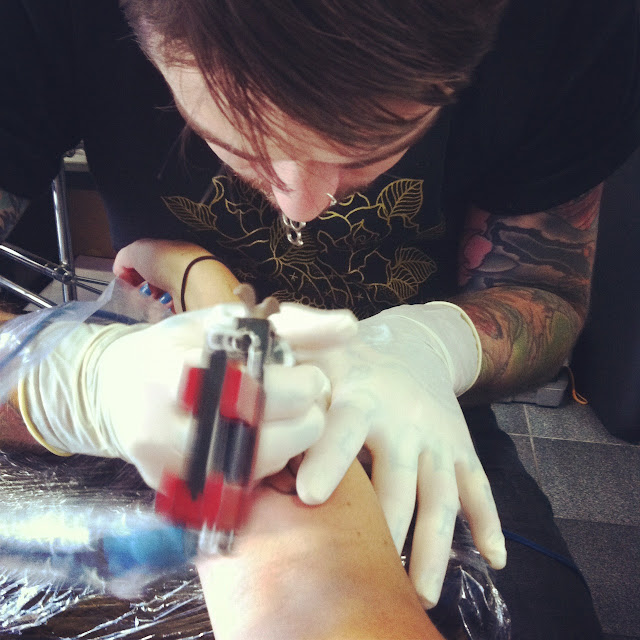 I figured it would be over soon, so I just breathed and chatted and tweeted.
By the time it came to the colouring I was so in the zone. While it hurt, it was bearable and I was actually enjoying it. I was pleased that it was so doable. And boy, do I love the sound of a tattoo gun. 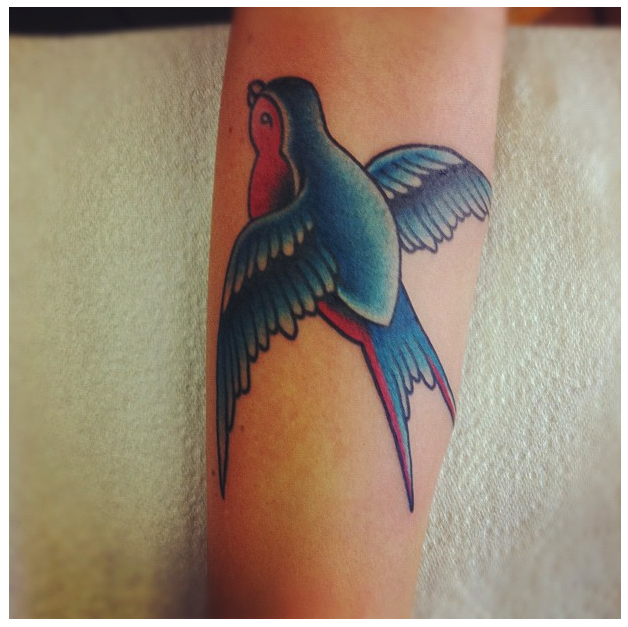 And here he/she is. A beautiful birdie. I love him/her.
And now if you don’t mind, I’m going to crawl into a hole and die.
xx
Previous Post: « I’ll show you mine if you show me yours: the tattoo edition.
Next Post: Cars 2 party and giveaway! »