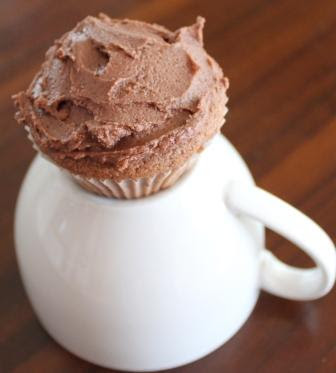 Vintage Lane is going to be a regular feature on Veggie Mama – to bring you up to speed, go here, or click the “Vintage Lane” tab.
Cute, right?

This book is part of a collection given to me by my sister, and it was once owned by her husband’s grandma. She wrapped them up all pretty in a box and gave them to me for Christmas. Good sister!

The introduction tells us that there was “tremendous demand” for copies of Gold Crest’s last recipe book, containing “inspiring and practical recipes to please every member of Queensland families”.

I have to tell you, the cake I made did just that. Not much of a cake eater, I ate three cupcakes in a row, and I even received glowing reports from Veggie Dad.

The contents include recipes for cakes, puddings, pastry and biscuits, as well as “Special Meat Dishes” (goulash, salmon balls, casserole chops and more), fillings (not the dentist kind… though they might send you there), cookery hints, weights and measures and a list of equipment one should own when setting up their own kitchen.

The Faithful Rainbow Cake is presented in full colour, and we are told it has been reproduced by popular demand. Looks good to me!

There’s even an Oriental Cake (which only has cinnamon, cocoa and vanilla for flavouring, so I’m slightly confused… ), Rice Custard Pudding, Cornflake Tart, Cornish Pasties, Iced Vo-Vo Biscuits, and Monte Carlos, among others.

I can’t tell when this cookbook was made, as a google search of just about every word combination I can think of comes up with nothing. It was obviously a time when offal was a regular feature in a cook’s repertoire…

and now for the featured recipe… Chocolate Mocha Cake

Sift the flour, salt, soda, cinnamon and cocoa together twice. Add coffee essence to milk. Cream the butter, add sugar gradually. Beat until light and fluffy. Beat in eggs one at a time, beating well after each addition. Add sifted dry ingredients, alternately with liquid mixture, a little at a time. Beat very smooth. Bake in two greased and floured 7in sandwich tin in moderate oven 30 minutes.

This made a very light cake, with a rich, buttery frosting – really delicious. The batter was so fluffy, and was interesting to see – the addition of cocoa only made it a very light brown, like the cakes I used to make when I was a kid (I only had one recipe book and it was sooo old), compared to the deeper browns of mudcakes and boxed cake mixes. 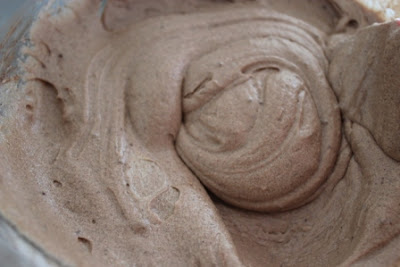