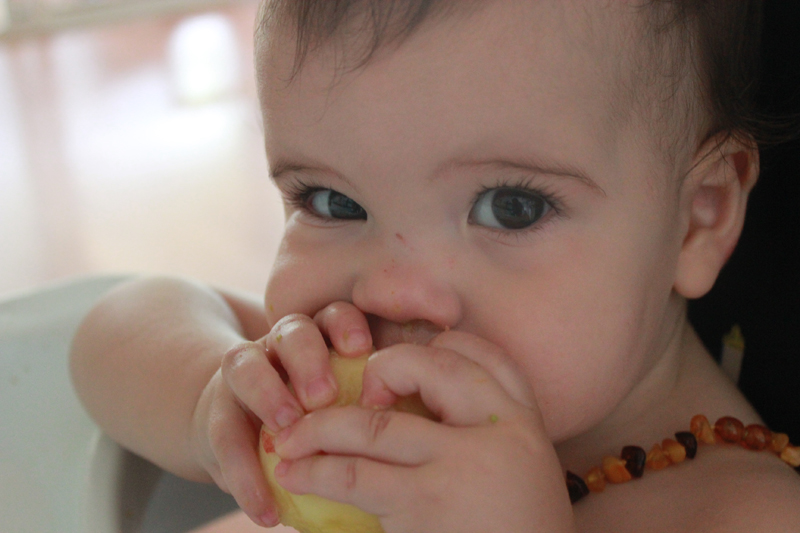 My kid is only 9 months old, so I’m surprised I cracked so early! While there are several things I’ve held on to, my main aim as a parent is to be very Zen and flexible when necessary. So I say goodbye to these random things I said I’d never do because at the end of the day… they’re not that big a deal 🙂

1. I would never, ever, EVER, refer to myself in the third person as “mummy”.

For starters, I hate the word “mummy”, never used to say it, and made it known to all and sundry I was to be addressed as mama. I would cringe when I heard other mothers say it, and swore it would never leave my lips. These days I can be heard saying “mummy help you?” and “give mummy a kiss” and I don’t care who knows it. My strongest, most staunch oath disappeared pretty much overnight.

2. My crawler would never get around on an unswept floor at home.

I can see three dust bunnies right now from where I sit. But she hasn’t noticed them yet, and that’s the main thing.

3. My child would only eat packaged baby food if there were solid mitigating circumstances and for some reason there wasn’t six months worth of food lovingly frozen for emergencies.

4. My child would not watch TV until the age of two, as per current research.

I thought this one would be a cinch. We aren’t big TV people anyway. But have you seen her face when Giggle and Hoot comes on? And she sits there rocking with a big grin and clapping her pudgy little hands in delight? I’m not taking that away from her. At most it’s on for an hour in the afternoon and she sits transfixed when any cartoon theme song comes on, then crawls off, uninterested when the music stops. She pays about as much attention to that as she does me when I read the 20 books I do to her every day.

5. I would never under any circumstances buy a three-wheeled pram – have you seen how ugly they are?

Ahh yes, but have you ever felt how amazing they are to manoeuvre?

I bet there’ll be more that get left by the wayside as the actual experience of parenting reveals itself to be remarkably different to the theoretical version. My only hope is to stand strong on the things that matter and not sweat the small stuff.

What have you relented with? What standards did you lower a little?
Previous Post: « Pumpkin and Haloumi Salad with a Honey-Jalapeno Dressing
Next Post: Cars 2 giveaway winner »