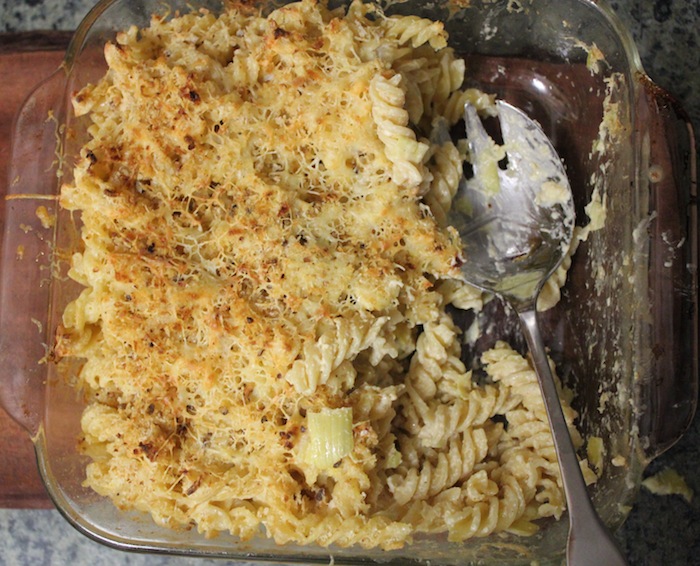 I know! “healthy” Mac and cheese?
With about half the cheese and fat usually associated with macaroni and cheese.
And you know where it came from?
This guy: 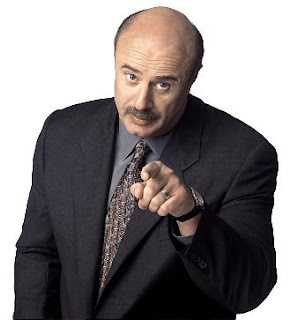 Good old Dr Phil – the smart-talkin’, no-drinkin’, weight-watchin’ TV lord. Once upon a time he wrote a book about losing weight. I read it even though I’m 5’10” and 59 kilos dripping wet because I’ll read anything he writes. I’m a teensy bit of a fan.

But even if you’re not, some of the recipes in his cookbook are actually good! Admittedly I did change this one a tad, because I just cannot do low-fat cheese or low-fat milk. I think I’m allergic to it or something. I’m definitely allergic to food without flavour, I know that much.

This mac and cheese has a ton of flavour, with only one cup of cheese, low-fat milk (if that’s what you use) and two cans of chopped artichokes… even though I only used one. Praise be to TV, it’s a welcome addition to anyone’s repertoire.

Once upon a time I made Paula Deen’s macaroni and cheese. It’s a heart attack on a plate and it still didn’t taste as good as this. I sort of want to slap myself for saying such a thing, but it’s true! I’ll be making it again. And again, and again, etc. (to be fair to my dearest Paula, I think it’s because I like a creamy sauce, and southern mac and cheese isn’t particularly creamy, it’s more a solid sort of affair).

If you want to make it too, here is the original. No butter, wholemeal pasta, low-fat mozzarella. It’d probably be pretty good.

If, like me, you have to change stuff according to your own tastes, you can follow what I did. And suit it to yourself!

1. Preheat oven to 200C. Spray a baking dish with spray and set aside.

2. Heat butter and flour over a medium heat until melted. Stir 1 minute. Add 2 cups milk and stir constantly until thick and bubbling. You can turn the heat up if you’re brave.

3. Stir in cheese and cook, stirring until melted.

5. Pour into prepared baking dish and press down lightly. I topped mine with a little extra cheese and multigrain breadcrumbs. Bake until bubbling and lightly browned, about 20 mintues.

Do you believe me? Would YOU try it?