When people dismiss blogging and Twitter, I get a little testy. “Oh who wants to read that you’ve just eaten breakfast?” they say. “Blogging is so narcissistic”. As is the case with most things, once you’re open to looking past the facade, there’s often so much more to see.

Except if you’re Ricky Gervais and you’re making fun of the uber-serious internet lover “clogging up” this vast resource with home-made websites about themselves. “My name is Rupert. This is my cat… here are my favourite Cure songs in order”, then this is perfectly acceptable.

But for me, blogging and Twitter have become an absolute gold mine of amazing ideas, writing, hilarity and people. When I was in the last weary stages of pregnancy, there were like-minded people with which to whine. When I’m up at 3am with the baby, there are people with whom I can chat. When I had difficulty feeding in the first few days, I had genuinely helpful advice given by mums who had been there. Even before I had Abby, people would tweet to find out if I was OK, and if it was “time” yet.

Once she arrived, even complete strangers sent well-wishes, and I can’t tell you how much all this has meant to me.

The first time I heard K.Rudd was being toppled, I read it on Twitter. It’s how I learned of the floods, the earthquakes and the cyclones that have happened this year. I’ve found some genuinely funny things from following people with fantastic senses of humour, I’ve learned more about other cultures, other times and other lives. And the best part is I’ve made new friends.

People have even sent Abby gifts… people I’ve never even met. People who are just generous souls and without this 140-character digital meeting place, I’d have the extreme misfortune not to know them. So for those who tweeted the love, thank you.

My friend and neighbour, Nikki from Styling You gave Abby these gorgeous little shoes just a few days after she was born. We found out we were neighbours when I tweeted a picture of my back yard, and she recognised the fence… small world! 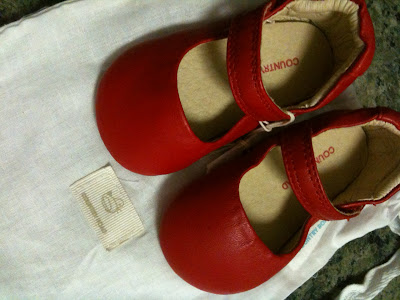 The beautifully talented Cat, from Wouldn’t it Be Loverly made this gorgeous picture, and although she doesn’t know Abby or I, except what she’s read, she made the most perfect present that I absolutely adore. 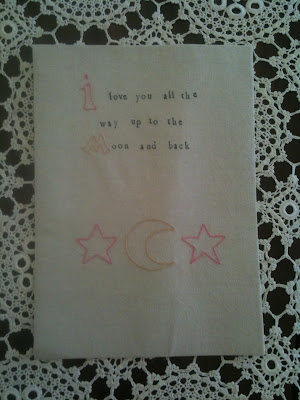 Miss Zoey, from Good Goog, sent Abby this gorgeous hat she crocheted herself. She didn’t have to do that, she had a toddler and was very pregnant with her new goog, and probably should have been sitting with her feet up and a good book. But she took the time, and I thank her for it. Zoey also has never met me, and doesn’t know me from a bar of soap.

The ever-hilarious and totally gorgeous Bern from So Now What? sent the little miss a new outfit and possibly the cutest card I’ve ever seen. She has three kids of her own… and a life. But still thought of me. 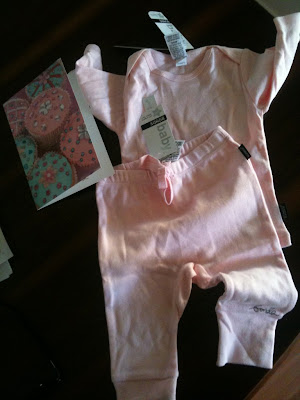 So I wouldn’t be without Twitter. It’s so much more than a selfish, indulgent time-waster. And sadly, the people I need to convince of that will never read this…