To be honest, I think she’d eat the same thing every day.
Why not? Her father does.
It’s my own special brand of crazy that means I can’t eat the same breakfast over and over again. I don’t even know why – but it might have something to do with the fact I can’t buy the same shampoo twice in a row. If you told me I’d have to eat cereal every morning for a week I’d cry. And if not cry, then whinge about it a lot.
Anyway, I like to keep things reasonably varied for her just because I want her to get used to lots of different foods. There’ll come a time when she’ll only want vegemite toast cut into triangles on her pink plate every day for six months and woe betide anyone who cuts them into squares.
Until that day, I rule breakfast. 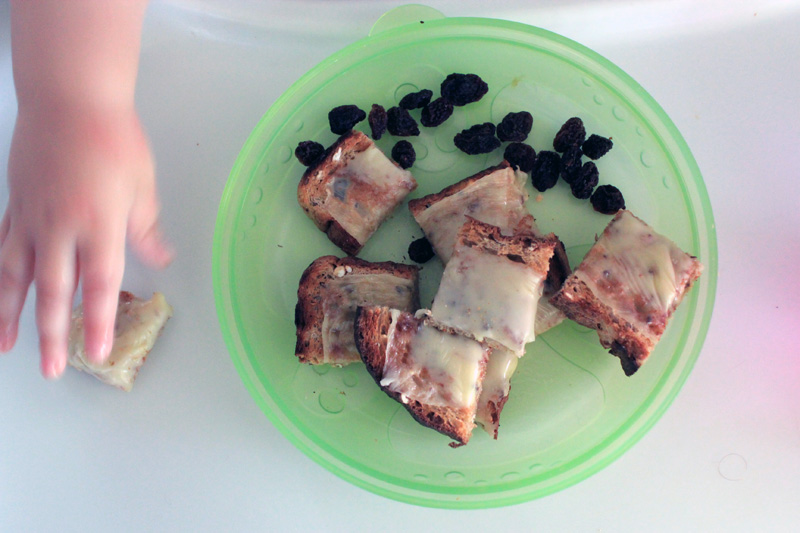 Cheese on toast and sultanas. Plastic cheese. Mother of the Year. What mum and dad were having on the weekend – scrambled eggs and diced fresh tomato. 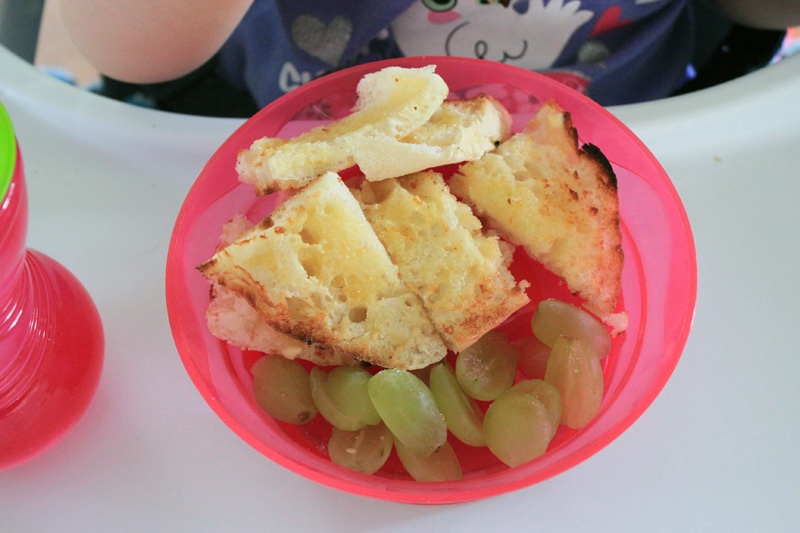 Toasted Turkish bread and grapes. A mere scrape of butter. 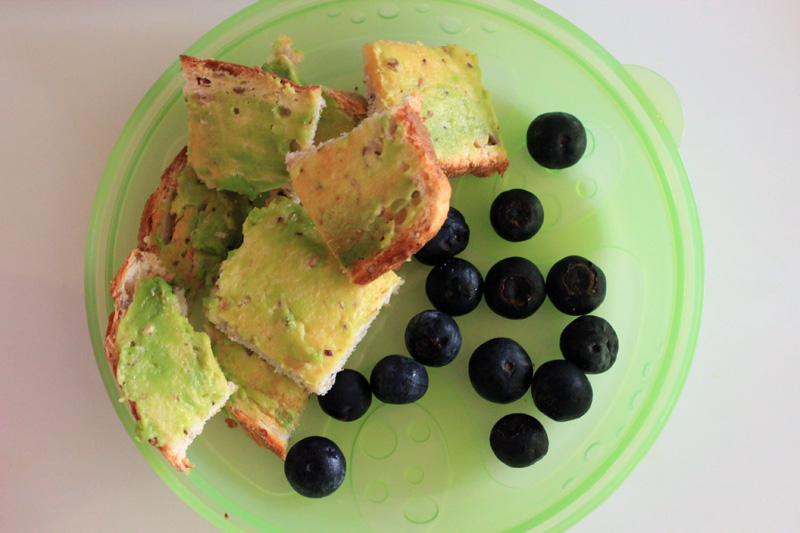 Avocado on toast and blueberries. Frankly I’m surprised she eats wholegrain bread, but it’s all she’s ever had and I doubt she knows what she’s missing. 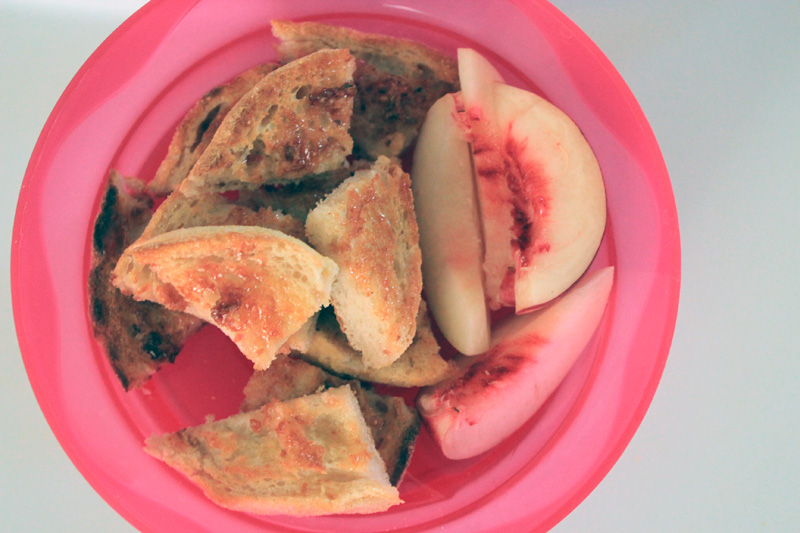 English muffin with the slightest scrape of strawberry jam and white-flesh peaches.
I am terrified of small childrens’ jam hands.
I ummed and ahhed about the jam for a good fifteen minutes. Then decided I couldn’t possibly put vegemite on an English muffin, though I’ve heard it’s been done. Heathens.
Anyhow, this might provide some inspiration for your own little guys. This isn’t what she had in a week (I’m not that energetic), but when she did have something different, I snapped a photo. I like seeing what other people’s kids eat because I’m afraid I’m not very creative and she’ll end up eating the same thing for breakfast over and over.
Noooooooooooooooooo!
Previous Post: « Veggie Meal Plan
Next Post: Today Veggie Baby turns one. »