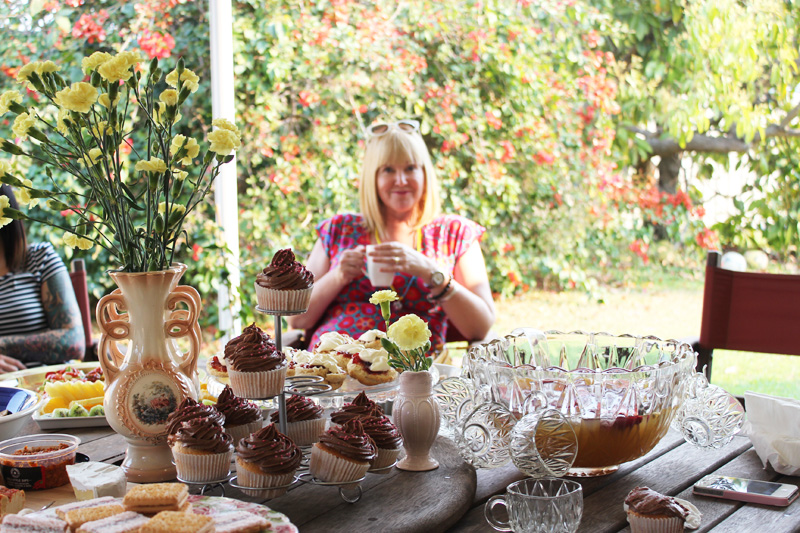 I wasn’t really going to do any baby showering, but my sister asked last week if I wanted to have a little get-together, mostly for an excuse to eat some goodies.
I told her I’d do anything if she just made me some lemon coconut slice.
Sure I could make it myself, but that’s not the point. 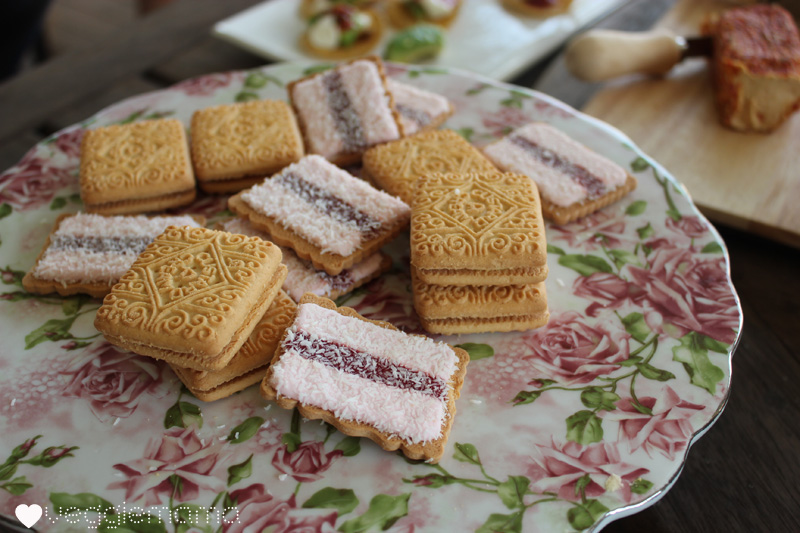 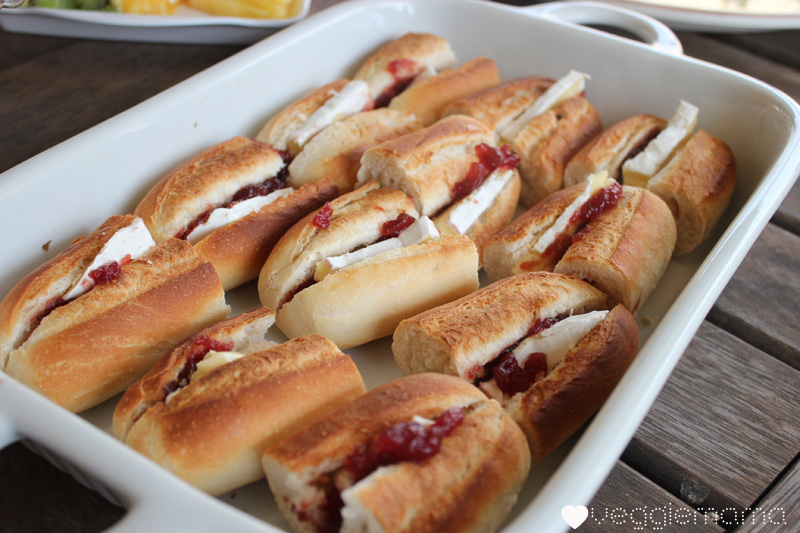 Ok fair enough I also made the brie and cranberry rolls. Almost all of which I ate single-handedly.
Oh and don’t be that guy who will hassle me about eating brie. Just don’t. 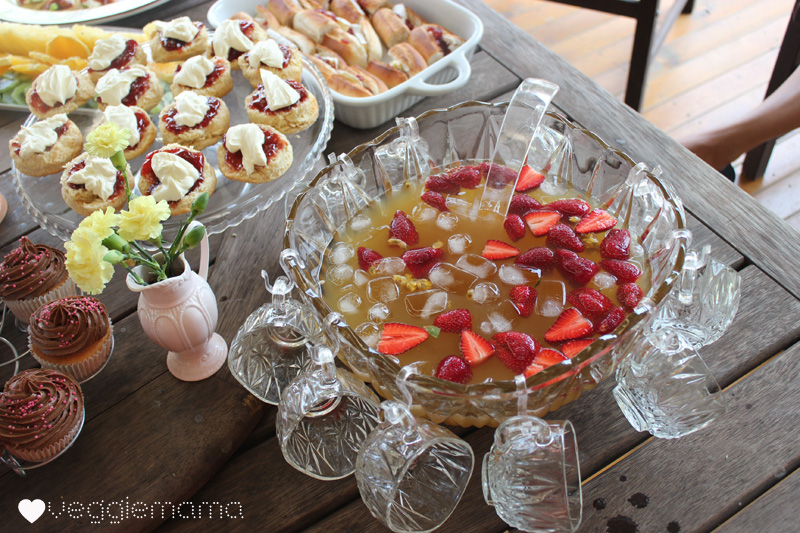 Ok so I also made the punch. Two cans of Golden Circle Sunshine Punch, some ginger ale, strawberries and passionfruit.

My friend Karlee made the scones and I practically shouted through my first mouthful that they were incredible. And they were. I am SUPER fussy with scones, and I absolutely hate her now that she can make such good ones and I can’t. 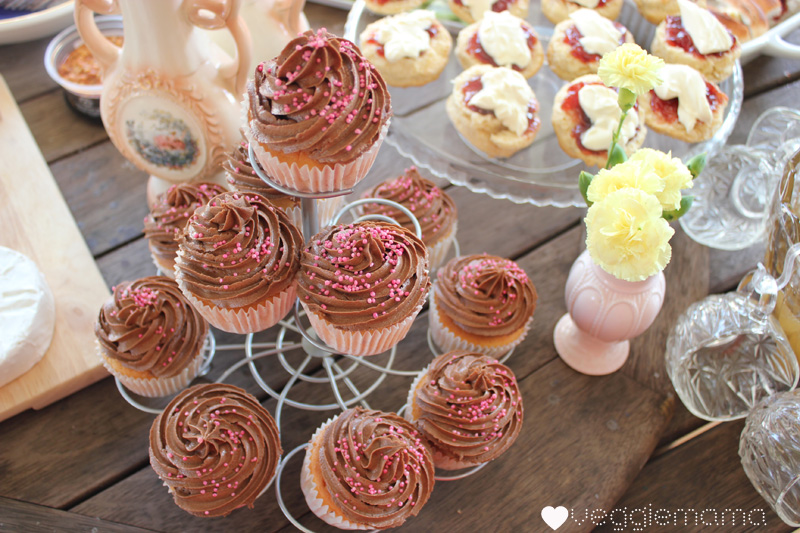 My friend Madi brough Turkish delight cupcakes. They even had sprinkles inside! Madi has a super-awesome kiddo-clothes-and-things store and makes the best stuff ever. 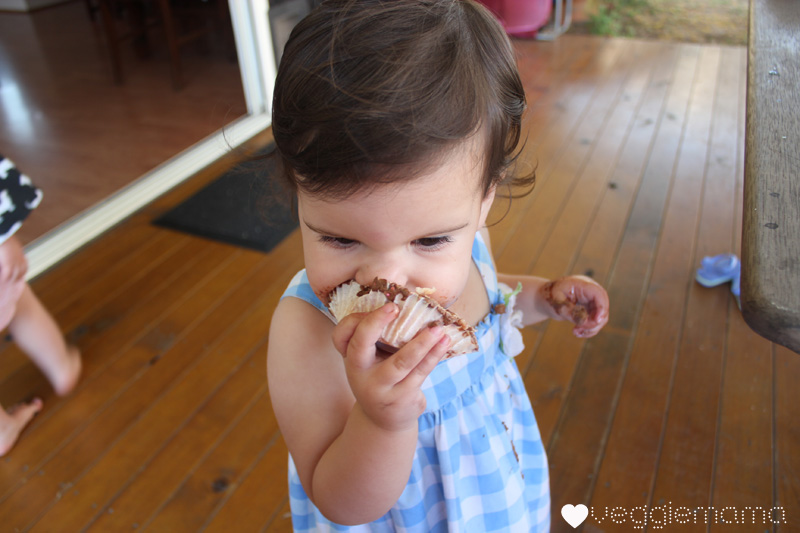 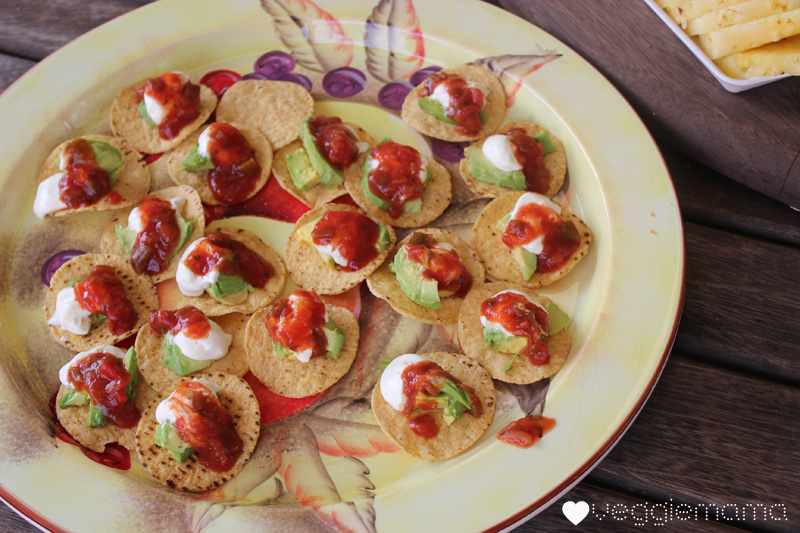 My lovely sister made little Mexican bites, with avocado, salsa and sour cream on organic tortilla chips. They were the hit of the day! 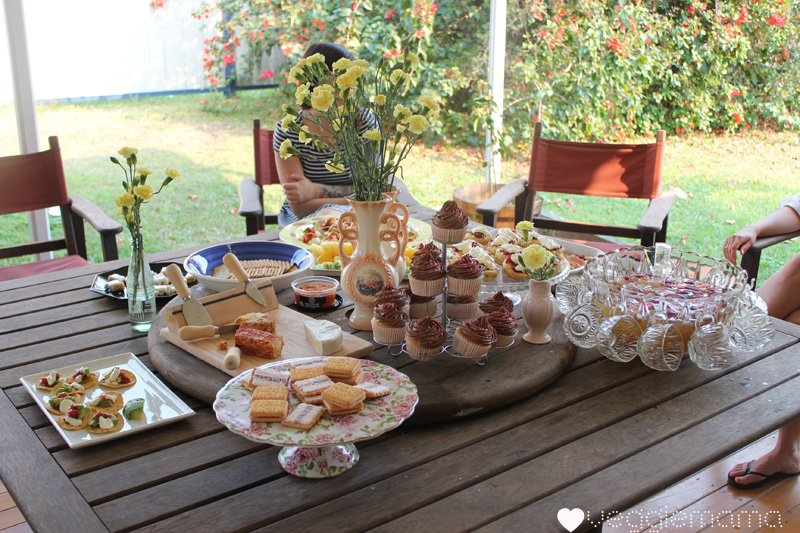 We also had the obligatory cheese and biscuits and dip, some fruit and the aforementioned lemon slice.
I didn’t notice until later that somebody had boxed up the leftovers AND TAKEN THEM HOME.
My lemon slice. My one and only. My sad. 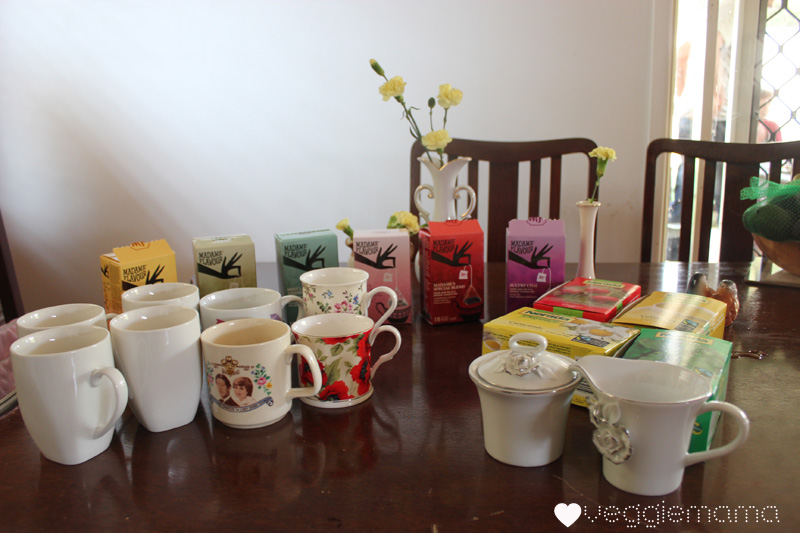 What wasn’t sad though, was the tea party part! I had a lovely stash courtesy of Madame Flavour that I had been putting off sharing for a long time. They were the first to go! I’m not surprised, their tea is divine. (PSST… I have a giveaway coming up so stay tuned!)
I had a Rooibos and Vanilla from the even bigger stash I had courtesy of Nerada (remember this post?) and spent half the time sniffing my cup. That stuff is seriously so good.
I’m ashamed to say it, but I was scared to get my good teacups out. I need some good-but-I-won’t-cry-if-they-break teacups for situations such as this. 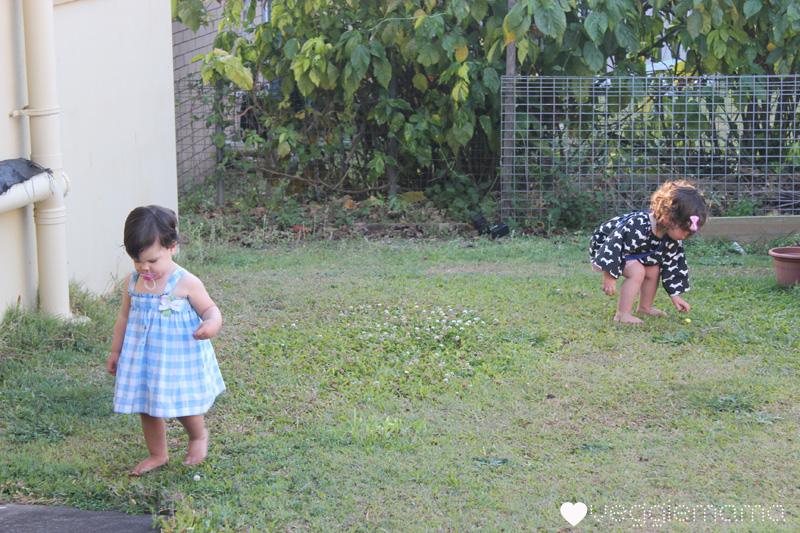 And what was even cuter was Abby making friends and playing like a big kid. 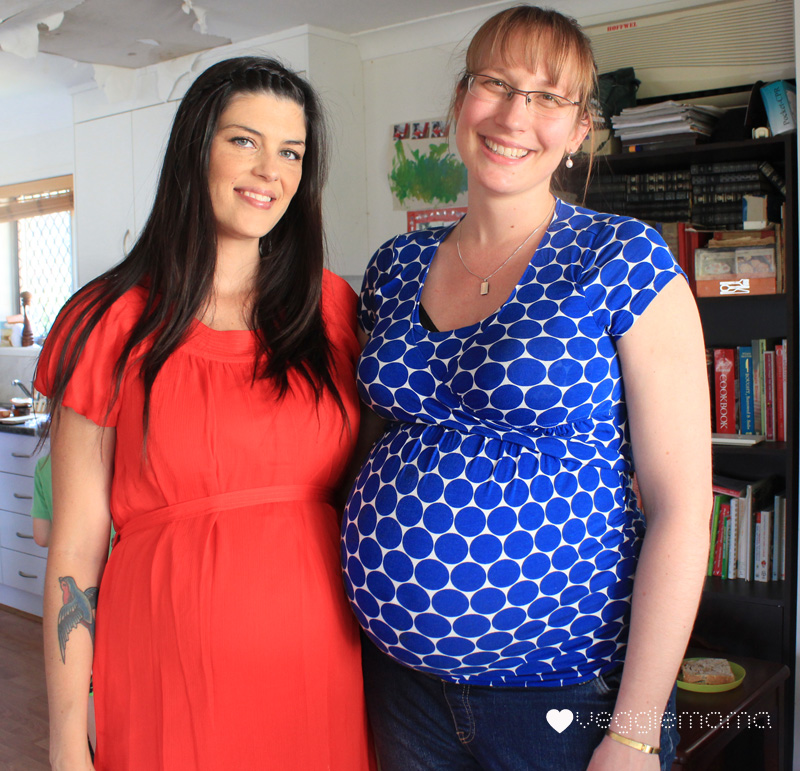 And it was seriously cool to meet Amy for the first time in the flesh! She was up for her brother’s wedding and we snatched an hour or so to hang out. She blogs at Mrs Smyth Gets a Life (and makes cute stuff too! and we became friends via twitter when our first babies were merely weeks away.
It was hilarious to find that we were actually (and surprisingly) both pregnant at the same time together again.
I appear to not grow babies properly because in that picture I am 38 weeks and Amy is 32, and she has a proper cute bump and I have a pasta lunch bloat. This is not fair.
Anyway, that’s how you do a last-minute baby shower masquerading as an excuse for tea party food.
Any questions? 😉
Previous Post: « Preparing your veggie garden for spring
Next Post: Introducing… »