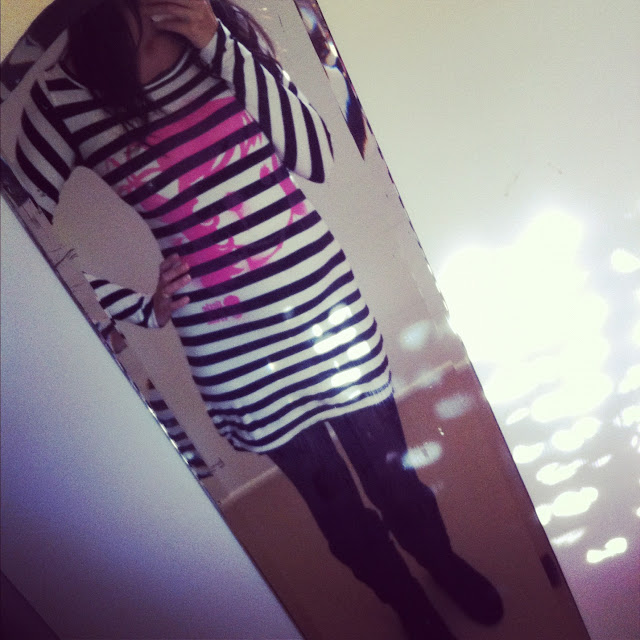 I have put on nine kilos. I assume it has gone to directly my brain because I can’t see where else it could have gone. Although my chronic forgetfulness would suggest otherwise…

I had my midwife appointment yesterday, and my glucose test. Both the midwife and the student midwife commented on how small my stomach is, then just about dropped dead when I measured 29 weeks instead of 28. I is TALL, yo! And that nine kilos? Well I was about 4-5 kilos underweight before I fell pregnant this time (breastfeeding really took it out of me) so I’m assuming I balanced out, and the rest of it went to iBaby 2.0. 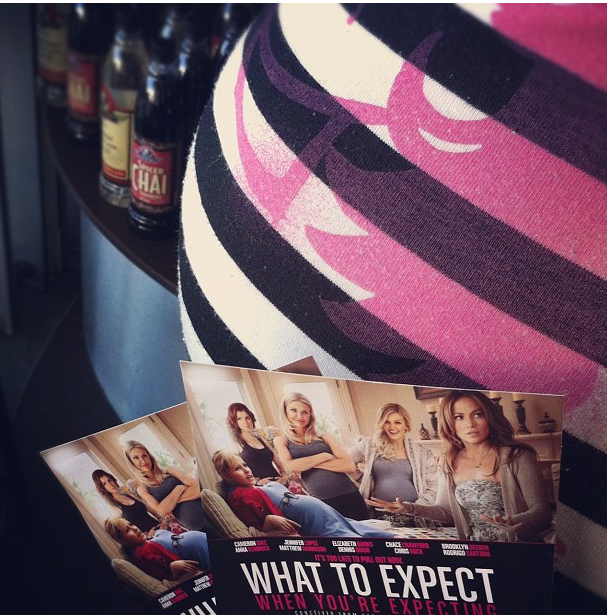 I went to the movies last week with my pal and neighbour, Nikki from Styling You, and I had to slouch and squeeze just to get a bump shot to go with our tickets. I told her we should have gotten one after I solo rolled a large popcorn and frozen coke. The movie was a nice way to spend some time – sometimes funny, sometimes moving, sometimes reminding me too much of how sweaty and tough labour is! And made me annoyed that Jennifer Lopez’s skin is so smooth and such a beautiful colour. And now I’m remembering what a big deal the midwives made out of my looking “pale” and “tired” and “out of sorts” yesterday and I’m even more annoyed at her perfect skin!

For the record, I’m pretty sure I was pale not only because I haven’t been sleeping well and have had the flu, but also because I’d spent the whole morning scrubbing the filthy laundry to within an inch of its life. It now looks less like an A Current Affair shock segment and more like a laundry that respectable people wash their clothes in. I wondered briefly if I was nesting (I never did last time) but given my reluctance to clean, I can only come to the conclusion it was because I haven’t done it since before Abby was born, and I was terrified if I didn’t do it now, I probably wouldn’t get around to it until 15 months after this next one. And given I’m in my third trimester (oh dear time, where do you go?) I don’t want to be doing it when I’m huge and I don’t want to die of ebola or something if I continued to let it slide.

Heartburn has reared its ugly head alongside the contents of my stomach at any given moment, and any time I do sleep I appear to be catching up on REM, which is both annoying and exhausting. I have the worst pregnancy dreams ever, and often wake up feeling tireder than when I went to bed! Other than that, no real issues or symptoms to speak of. The baby is moving around quite a lot and had his/her first lot of hiccups yesterday… that was a bit cute 🙂

Twelve weeks to go, give or take, and there’s still so much I think I have plenty of time for but should probably get around to now, given my forgetfulness and time’s relentless forward march. Until then, I’m most likely to just keep looking for places to nap!