So lately I’ve really, really been noticing I’m far more tired than usual. I can’t get going in the mornings and I’m ready for bed by about 5.30pm! The thought of being so fatigued for the next eight weeks isn’t pleasant, but I’m really trying not to think about it or I may never get out of bed! 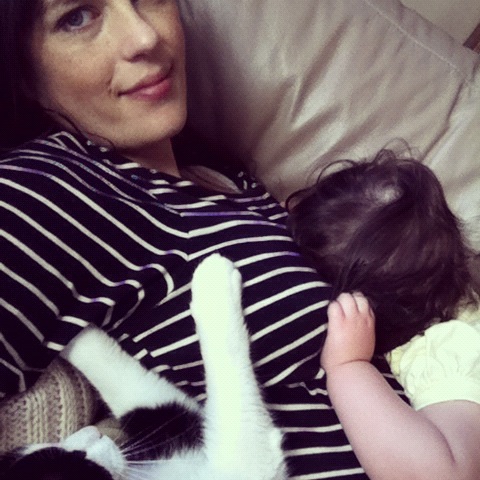 LOTS of naps are being taken.
My midwife is still banging on about me looking pale, even though my iron levels appear to be fine, and my fasting diabetes test came back negative. Perhaps she’s not aware it’s winter? And lately I’m too lazy to wear makeup save a little concealer that’s usually worn off by appointment time, so my usual year-round summer glow has taken a back seat to my naturally pale face (thanks 20 years of sunscreen!), my overabundance of gross freckles (thanks genetics!) and two pregnancies’ worth of pigment (thanks kids!).
All appears to be normal, save the fact I’m still measuring a week ahead. Lots of alien-like movement which is crazy to watch. Last time I had an anterior placenta, so didn’t see the skin-stretching pokes and kicks and elbows like I do now. Pretty wild stuff! 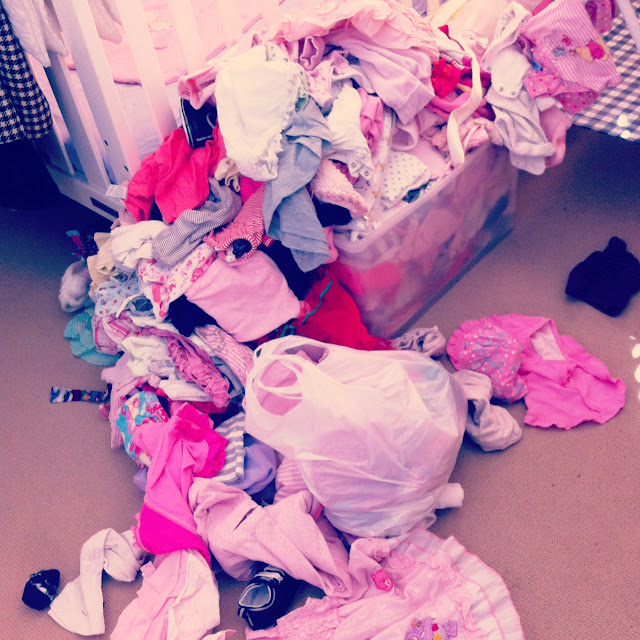 I attempted to go through all of Abby’s old clothes to see what can be salvaged for the new baby. I hardly bought anything before she was born, and once she came out a girl, my sister gave me all her hand-me-downs. Which was A Lot. She was super-excited to have a girl herself, so went slightly nuts in the baby wear department, particularly those things with pink and butterflies and sparkles and goodness knows what else, which aren’t really my thing. After posting this picture on instagram, I was getting a lot of “so it’s a girl?” comments… I don’t know if it’s immediately obvious that the only clothes I would have to go through are girl clothes because I’ve only had a girl, but I thought it was! I’d hardly send out gender-related subliminal messages through a photo-sharing social media network, I’m not that complex.

Speaking of the girl, I’m finding this age of 16 months awful cute. She’s not hit the terrible twos yet, so everything is still adorable. Most of the time. She sings a song or tries to tell me a story in gibberish, all earnest face and big eyes and I mentally calculate how many more toddlers I could possibly have. I usually come to the conclusion that 20 seems like a reasonable number. Then I have to give her half my food and realise we’d go broke.

I’m also feeling much more relaxed about the birth, although there’s still the chance it’ll come time to push and I’ll freeze, thanks to my last experience. The idea of labour doesn’t bother me at all, it never has, but there’s still a niggle in the back of my mind that I’ll wig out at the end stage. I’ll do some more reading and have lots of support when the time comes, so I’ll be ok. It’s gonna come out whether I wig out or not, and I may surprise myself so there isn’t any point speculating now.