I don’t often get together with other bloggers, but that is really quite silly because they’re a lot of fun. And don’t get cranky if you talk to them while tweeting.
or taking photos of eh-veh-ree-thing.
Like what I packed to keep Biggie afloat during the two-hour drive, the date, a trip to Ikea and the two-hour drive home… 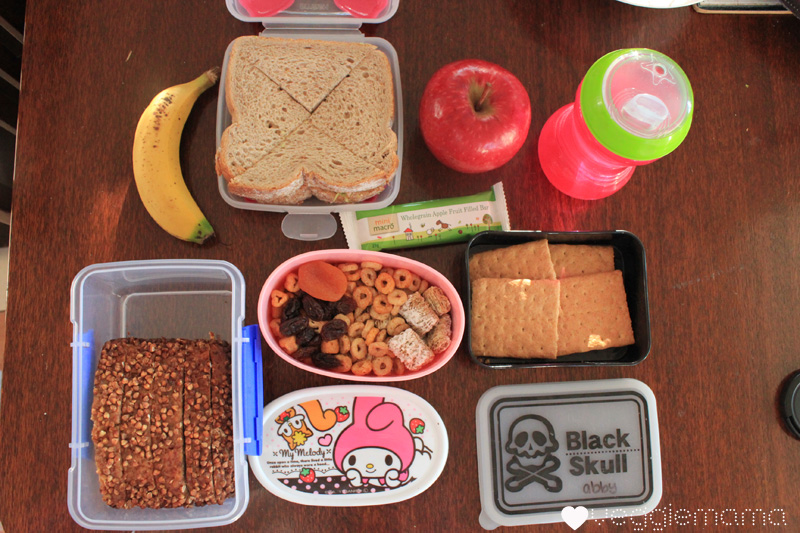 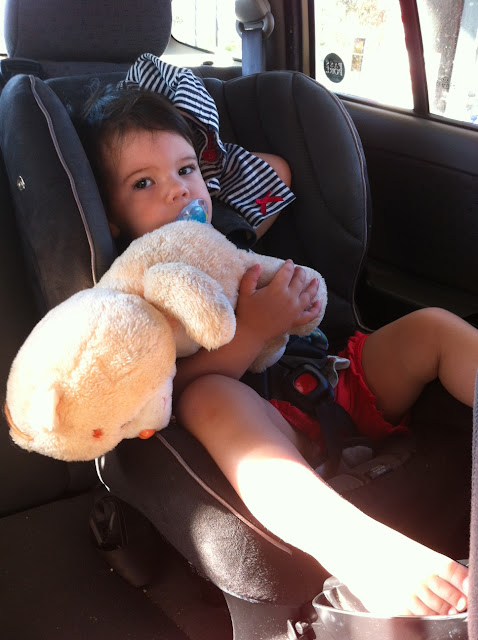 And apparently it was imperative she travel with her Care Bear and a random pair of pants. 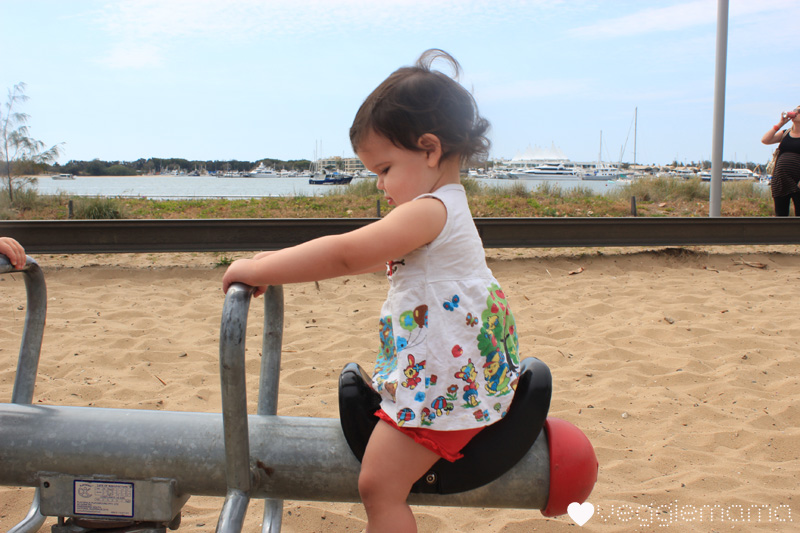 The drive down was largely uneventful, she slept, I sang and we made it only 10 minutes late thanks to an ill-timed bathroom break.
We met the lovely Christie from Fig and Cherry, and her daughter. She is just about the cutest little poppet you’ve ever seen. True story.
We played at the Broadwater Parklands on the Gold Coast, which looks a hell of a lot different to when I used to live there! It was so much fun, and an excellent place for kiddos and families. I cannot wait to get back. Especially the rockpools, they were insane. 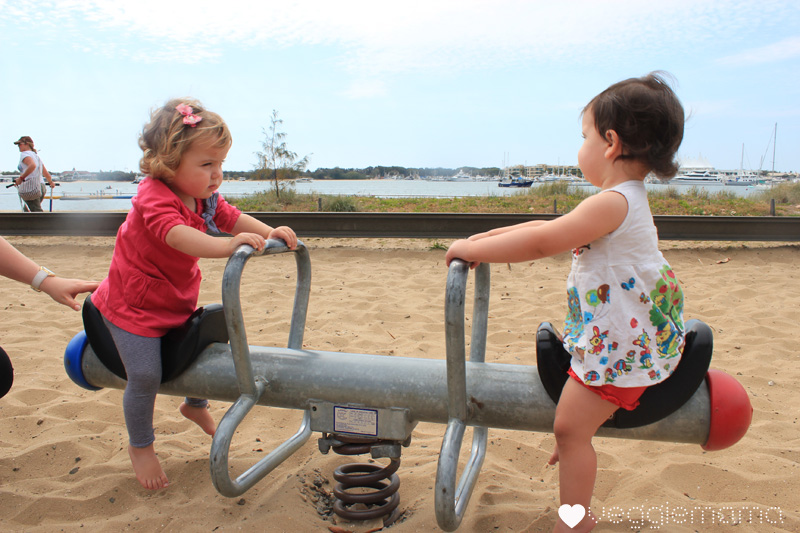 These two on the tiny seesaw were killing me. Biggie kept singing “seeeeesaaaaaw” and trying to bounce up and down.
Friends! I love it. 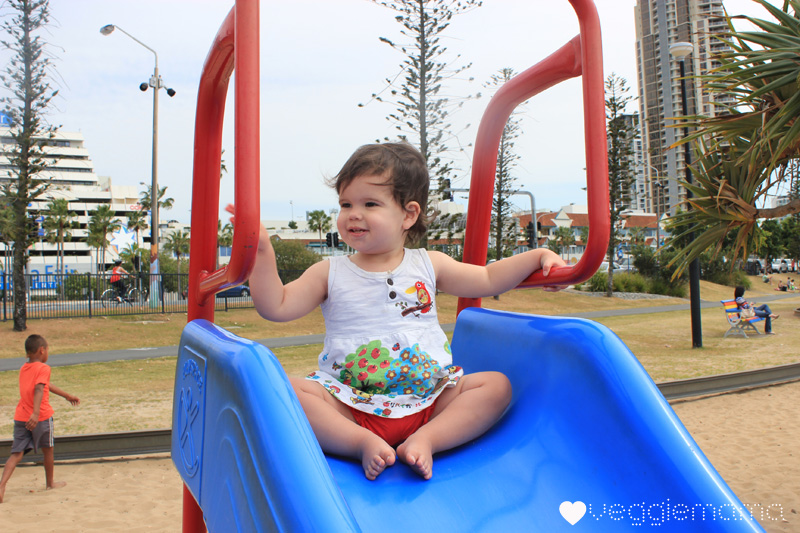 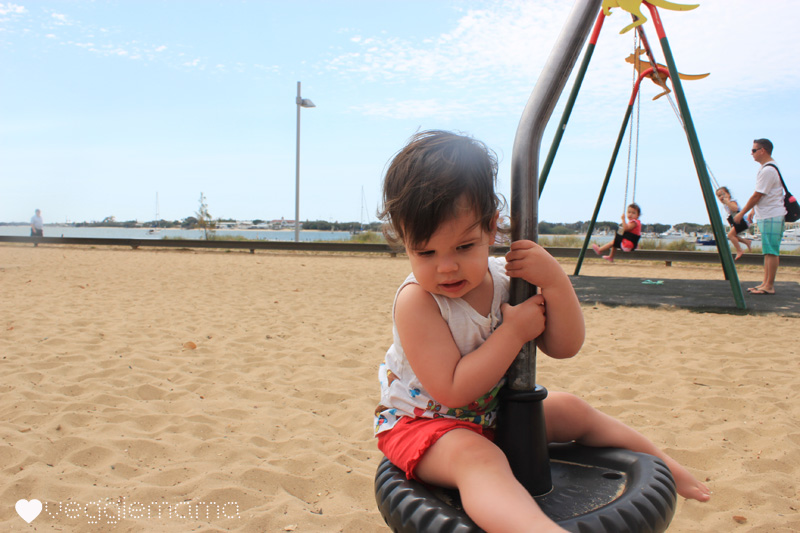 And then she half-fell off this thing.
Which is almost as funny as when she fully fell off the one the following week when we met Mother Down Under at Mooloolaba. She flipped totally backwards and I caught one ankle as she went over.
She got up like it weren’t no thang. I tried to act casual in front of the other mothers who were probably all “OH MY GOD THAT WOMAN JUST LET HER TODDLER FLIP BACKWARDS, HOW NEGLECTFUL I WOULD TOTALLY NEVER DO THAT”. 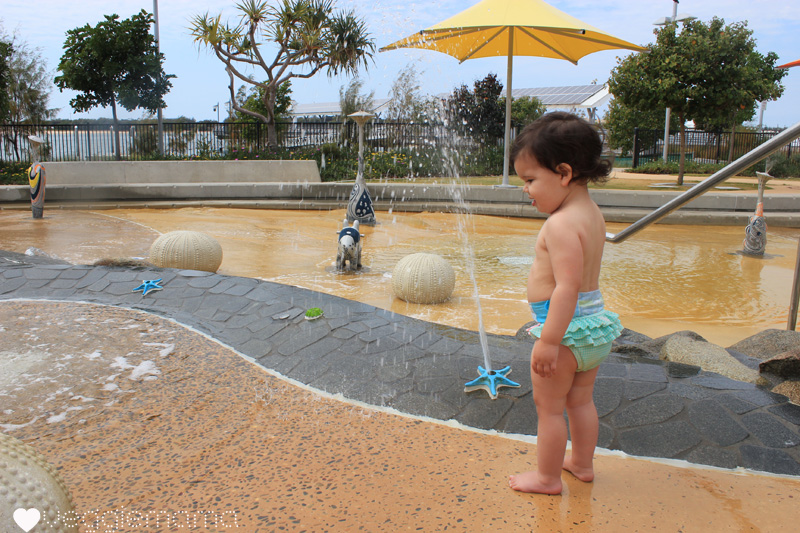 Ok, the rockpools. They were seriously cool. A little man-made riverbed-type thingy with little fountains, rockpools and waterfalls. The water would recede every so often, then refill just like the tide going in and out.
Never mind the water was a bit nippy, Bigs was in there like a shot. She was absolutely thrilled and I’ll be taking her back very soon. Her dad especially would love it. I couldn’t take any pictures of her splashing about in the water because I am Clumsy McClumserson and cannot afford another Canon should I drop this one. 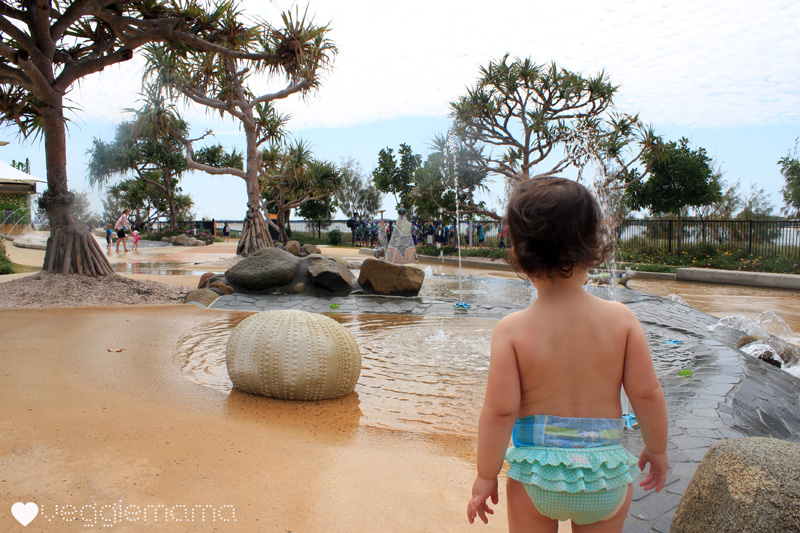 Oh and the jumping pillow! I’ve a sneaking suspicion I loved it more than the kids did, although Bigs screamed when I finally made her get off. She was having an absolute ball.
As were two very boisterous adults using it like their own private trampoline. There may have been gratuitous making out and rolling around and I may have been rather amused and semi-wigged out.
And sadly jumping on this did not send me into labour. 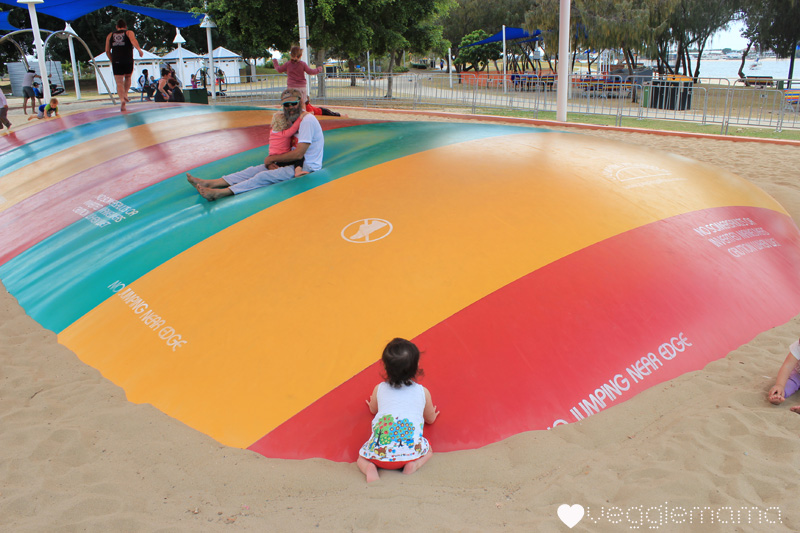 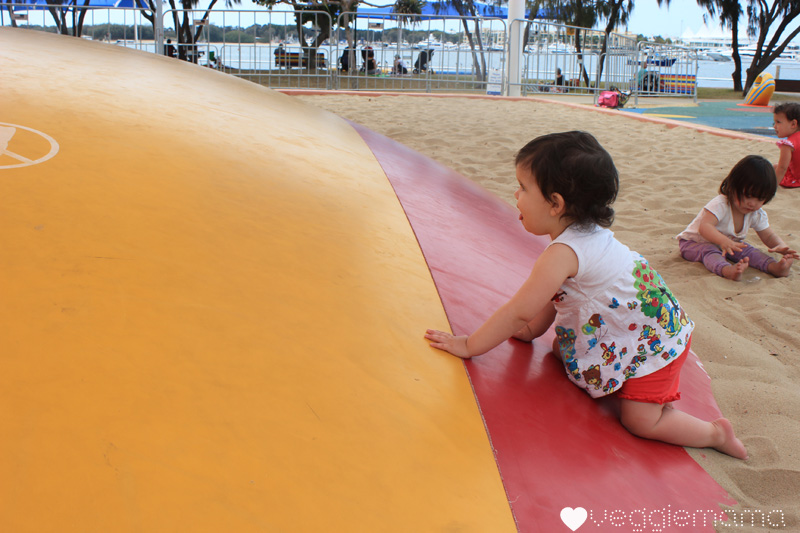 And how cute is Miss Christie, she brought a frozen veggie red curry for after the baby was born, AND  a strawberry bread-and-butter pudding simply because I told her once I liked it.
SO kind.
And it tasted exactly like I imagined. Like strawberries and custard and spicy fruit bread and utter deliciousness. There were two occasions where I ate it for breakfast. And I don’t mind telling you that apart from the occasional share with the overzealous toddler, I ate the whole thing myself. And I’m not sorry. 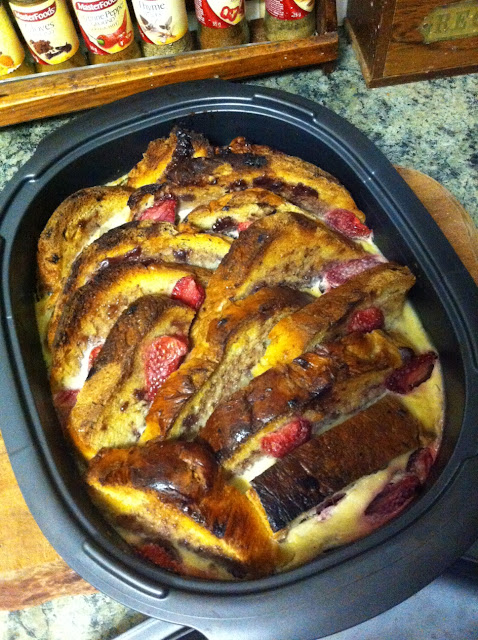 I’m totally not scared to hang out with other bloggers now. It seems you CAN meet cool people on the internet, and not everyone is a freaky old man in overalls blogging from his mom’s basement. Although, if he gave me a bread and butter pudding like this, I might consider being his friend.
Previous Post: « I went to the Real Food Festival in Maleny and now I want chickens.
Next Post: Occupy Veggie Mama: 40 weeks »