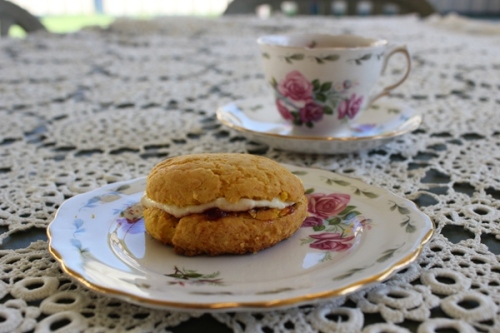 Fancy a scone, dear?
There are a number of recipes that people think are quintissentially “Australian”… quite a lot of which we inherited from the British when they colonised this country in 1788. Scones are one of them.
But nobody made scones like Queensland senator and wife of the most corrupt politician Australia has ever seen – Lady Flo Bjelke-Petersen. Famous for her homely sayings, pumpkin scone recipes and basically being a puppet for her husband, poor Flo once said she hoped people remembered her for being a senator that baked scones, not just the whole scone thing.
Sorry Flo.
Her husband, Sir Joh Bjelke-Petersen was a highly-autocratic, shady, corrupt, paranoid politician that had Queensland Police in his back pocket, accepted bribes from all and sundry, actively discriminated against Aboriginals (and even tried to prevent them from being allowed to vote), had a hand in just about every development in the state, hated the media and worked actively to stop them reporting on or investigating his dealings, sued for defamation at will using taxpayer’s money, blackmailed people, supported apartheid, created laws banning people from protesting his decisions, and when asked about his dealings, famously kept repeating “don’t you worry about that”.
Flo made scones.
Joh was our longest-serving state Premier, being in power from 1968 to 1987. His corruption was finally brought to light after the ABC aired an episode on Four Corners about some mighty shady dealings with brothels and bribes, and finally an inquiry was ordered into his alleged misconduct.
He was then tried for perjury over the evidence he presented to the Fitzgerald Inquiry, but the jury was deadlocked, thanks to the foreman being a Bjelke-Petersen sympathiser. Joh was announced “too old” for a retrial.
He then sued for $353 million compensation. He lost.
From Queensland’s sordid history comes the iconic food that went right along with it – poor old Flo’s scones. Which are actually quite delicious. So when you’re baking this little piece of history, you now have some fabulous talking points to mull over while you put the kettle on and get out your best tea towel on Australia Day.
Ingredients:
1 tablespoon butter
1/2 cup sugar

1. Cream the butter, sugar and salt.
2. Add egg, then pumpkin and mix in flour lightly until dough comes together.

3. Turn onto a floured board and pat dough to about 1/2 inch thick.

4. Cut out rounds and put on a tray, quite close together.