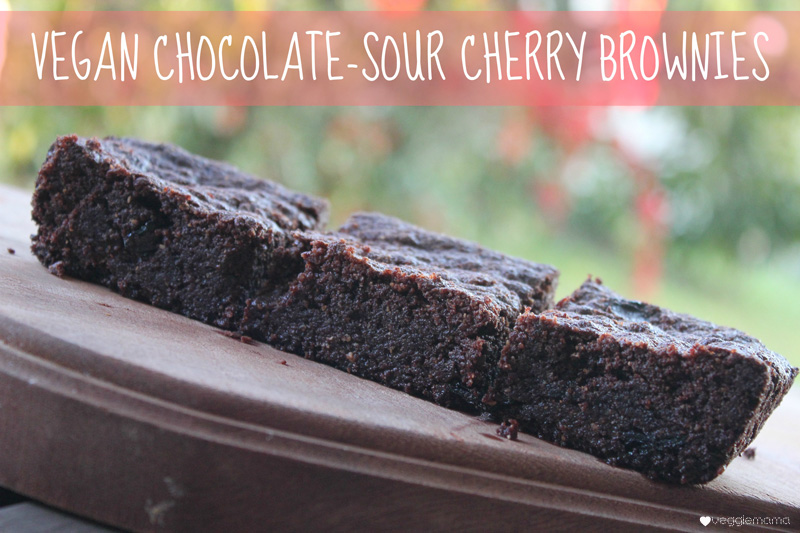 I have often thought about making vegan brownies but usually put it aside as it sounded harder than other vegan goodies – brownies have such a specific texture that I thought it would be somewhat difficult to replicate. Regular brownies are sort of crisp and chewy on the outside, with a dense, fudgy centre, and are not to be messed with.
I’ve done a lot of reading lately in an effort to make vegan brownies with a similar composition to regular brownies as opposed to cakey versions I’ve made in the past when purely veganising a non-vegan recipe. I don’t like brownies that taste like cake – I want brownies to taste like brownies! So with a little experimentation I think I’ve nailed it – and they’re not overly sweet, which I like. It sort of creeps up on you and the chocolate has the merest hint of coconut before the full choc flavour hits. To be honest, I am super-chuffed. I may or may not have called them the best brownies in the world… but you can be the judge of that. Maybe you like cakey brownies? If so, it’s probably best to end our friendship here.
A couple of things I learned in my readings are that sugar is non-negotiable for non-cakey brownies, as the more you skimp, the less brownie texture you get. Also, the mix has to be really, really dry before you bake it – all things I hadn’t really been concerned with before. So I made it drier and sugarier (but not using white sugar as it’s not vegan, and instead using sugars that are naturally less sweet) than I normally would. I also tried out coconut oil instead of the usual vegan margarine I would use, and that totally hit the spot. 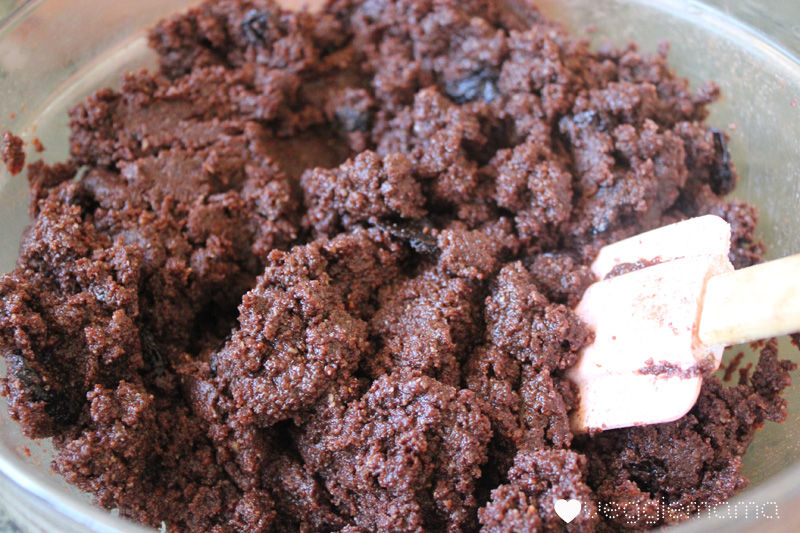 It’s not a batter as such, but a wet mix of ingredients. That I couldn’t stop picking at, if I’m to tell the truth! You could even add some nuts along with the sour cherries – I would probably include Loving Earth’s Organic Activated Walnuts.

Anyhow, enough with the chatter, on with the recipe:

2. Mix the flax meal and the water until thick, making a flax egg. Let sit for a minute or two.

3. Break the chocolate into pieces and add to a large bowl with the coconut oil. Melt in the microwave in short bursts – this shouldn’t take long as the Loving Earth chocolate is a different compound than regular chocolate. Add vanilla.

6. Put into a 6×10 inch (or similar) brownie pan lined with greaseproof paper or foil, either work well. Spend some time pressing down reasonably firmly to ensure a good consistency when baked. Smooth the top – I used a rubber spatula.

7. Bake 20-30 minutes until a skewer comes out of the middle relatively clean when tested – the mix shouldn’t be too wet. Take it out a bit earlier than you normally would to ensure a fudgy centre. It probably won’t look cooked (mine didn’t) but it’s best to err on the side of caution and take it out once it’s had 30 minutes.

8. Cool in pan until thoroughly cold so it won’t crack when you cut into it.

9. Feel as chuffed as I do that you just made a damn good brownie. 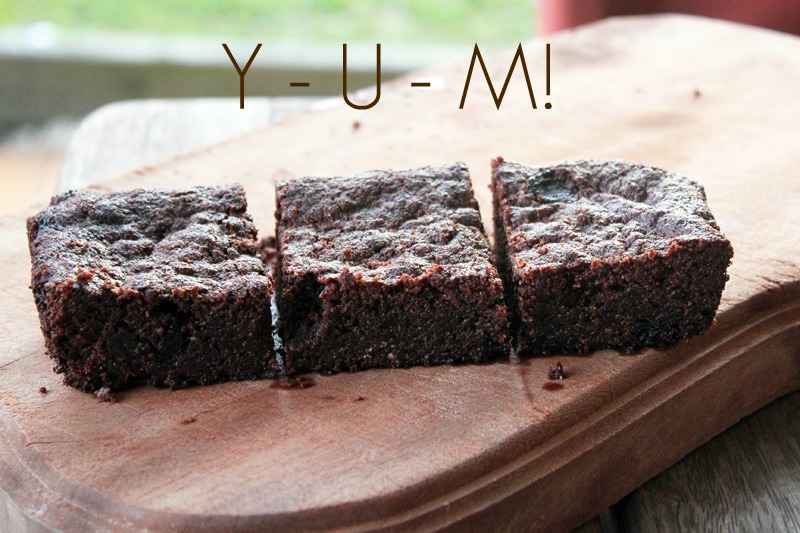 And now for the even funner stuff!

As you may already know, I have been working with Loving Earth, creating recipes from their super-awesome products, trying them out here and then giving readers a chance to win the same ingredients I used in the recipes… and today is giveaway day! 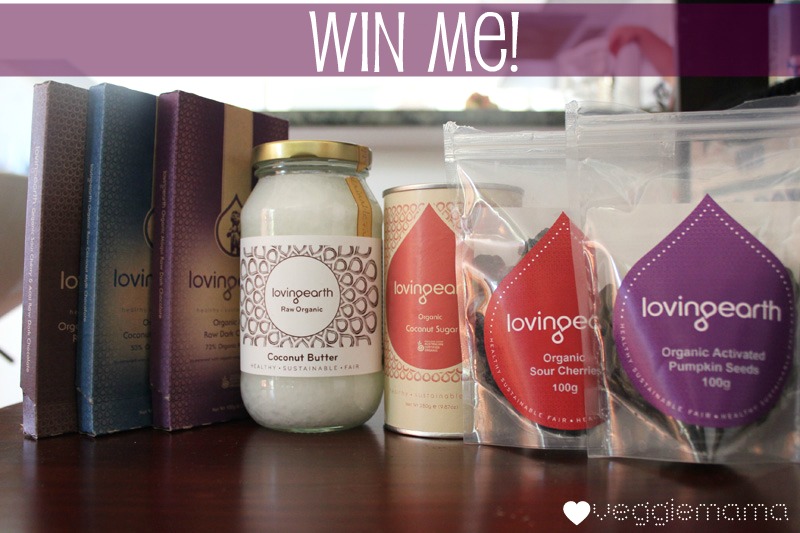 All’s you gotta do is leave a comment below telling us what you would create from at least two of these products. And don’t worry – I won’t steal your ideas, I promise! The recipe that gets us (i.e. me + Cormac from Loving Earth) drooling the most, wins. You don’t need full recipes or photos or anything – just tell us what you would whip up. And if you didn’t win this time? There’s another coming up in a few weeks with MOAR chocolate and new ingredients!

In this pack, you get:

Competition closes Friday, August 24 at 5pm. Winner will be notified by email (so make sure you’re contactable!) and announced on Facebook. You can enter as many times as you like. Entries are judged on creativity, and Judges’ decision is final. I love you all.

Ok, hop to it – I am very much looking forward to seeing what y’all come up with – partly because I’m nosy, and partly because you guys are way more creative than me!

*Disclaimer: I contacted Loving Earth directly with this idea as I really wanted to work with them. They couldn’t have been more friendly and willing to help. They generously gifted me two of each product that will be used over this series – one for me and one for you! That’s all, folks…