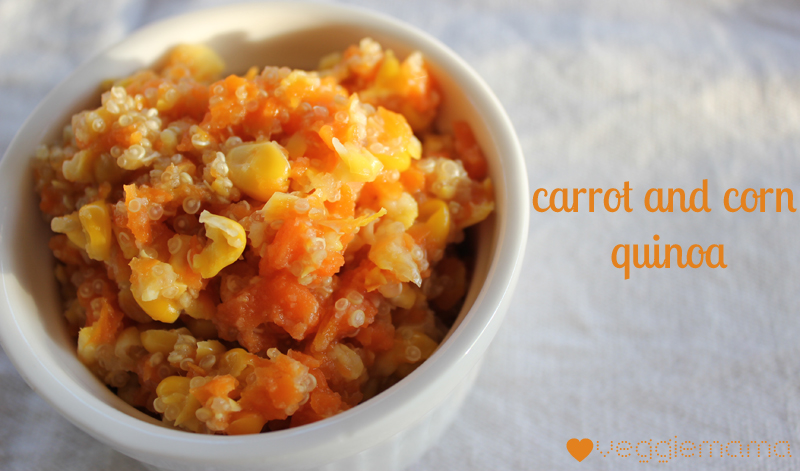 I did not eat quinoa until I was 31. I probably couldn’t pronounce it until two years ago. I had never heard of it my whole life, yet here I am giving it to my eight-month-old baby. How times have changed.

I’m really hoping that Veggie Baby likes a vast array of food, because I like cooking it. I’d be sad if she was a chips and nuggets girl… but I’d deal with it. For now though, it’s so fun to try stuff and see if she’ll eat it. She usually does, but we’ve learned our lesson with banana and parsley. If the kid had the dexterity to slap me, she would have.

Quinoa to me is just another thing to add to the veggies she eats – just like rice or lentils or beans or anything else. I know it’s touted to have a vast array of health ticks in the right boxes so I’m pleased about that. It doesn’t have much of a taste, but it has a little resistance when you eat it, so perfect for a baby trying new things and moving on from puree.

I cooked 1/4 cup quinoa in 1/2 cup water until done. Then mixed it with half a steamed carrot and half a steamed cob of corn. I’m a little paranoid about corn kernels, so I mashed it all and made sure they were all smooshed. It was a hit.

I do want to know, though… do you give your kid food you never ate as a child? Or things you don’t eat now?