As part of my efforts to buy local and eventually avoid the big two supermarkets as much as I can, I decided to take a road trip to Maleny in the Sunshine Coast hinterland and see if doing my shopping at their IGA was viable. I do shop at farmer’s markets and two local fruit + veg places, but it does require several trips a week and with two babies, that might be a bit ambitious!

I don’t know if you know or remember the huge fight Maleny put up when Woolworths bought a block of land in their small, close-knit, co-operative town and started to build a store, but it went on for months and eventually the townspeople lost. It was a classic David + Goliath tale, the eco-friendly, sustainable, fiercely proud community up against the profit-driven faceless corporation, and resentment still burns. People do shop at the Woolworths, but a hell of a lot don’t and won’t under any circumstances.

To be honest, I really love the little IGA. I worked in Maleny for a year before I had Abby, and loved going in and browsing their incredibly extensive deli section for lunch goodies! The staff were super-friendly, I was always charmed by their wooden floorboards and old-fashioned feel (it’s been there since 1905!) and it was always packed with shoppers. Normally that would annoy me, but it’s a different kind of shopper, and I was always pleased to see that with a Woolies merely metres down the road, people still supported a local enterprise.

I also found that they do online shopping, AND will deliver to my house even though I’m a 45-minute drive away. Their everyday grocery prices are on a par with the big two (I always just assumed they were more expensive, given the circumstances) and their delivery fee is cheaper than one of the other supermarkets who is a 10-minute drive away. I think I actually just hit supermarket jackpot. Not only that, but a little old man quipped “do they sell babies at the supermarket now?”, pointing to Abby as I was taking my trolley to my car, and he was so chuffed that I responded they were on sale so I nearly bought two. There’s just something about little country towns, isn’t there? Everyone was so damn nice to us.

Oh, and by the way, they don’t have a clue who I am and have definitely not paid me to say any of this! I just truly am excited it fits my needs so well.

And as a bonus, as I was driving down the mountain on my way to my beachside home, I spotted this: 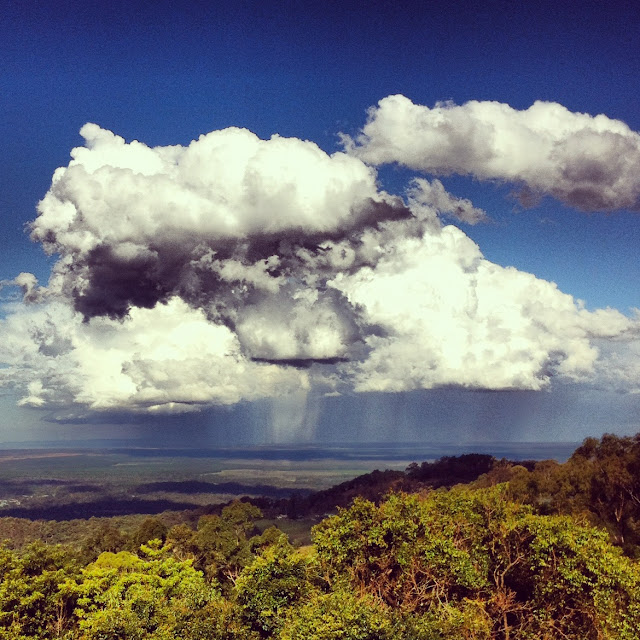 I pulled over so quickly I nearly gave myself whiplash. I snapped a couple of shots on my phone, and by the time I was back on the road, the rain had gone. There really is something magical about this place.

Anyway, this week we’re eating whatever looked good at the produce section, and whatever I have leftover in the fridge.

Oh! And a mushroom lasagna thanks to these little surprises: 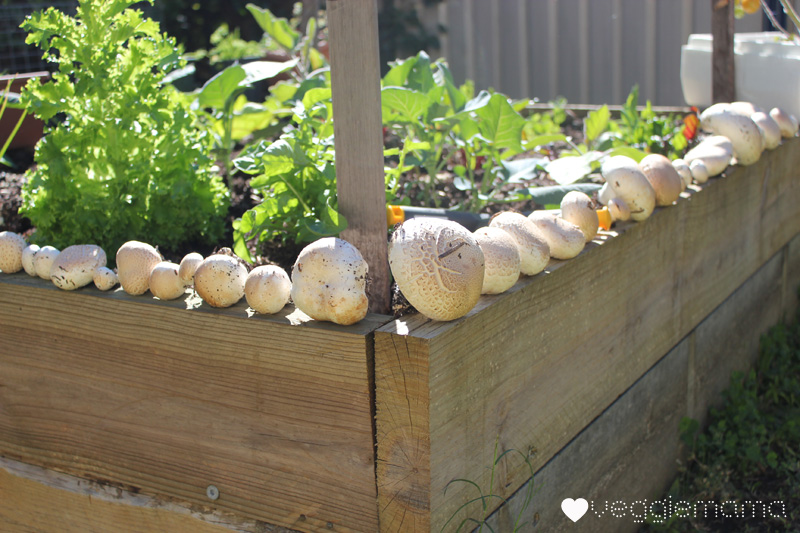 How cool are they?! We grow our veg in mushroom compost, and usually get a little one here and there. But the combination of warm days, cloudy skies and lots of rain lately meant a nice little crop of lovely firm mushrooms. A very nice surprise indeed!