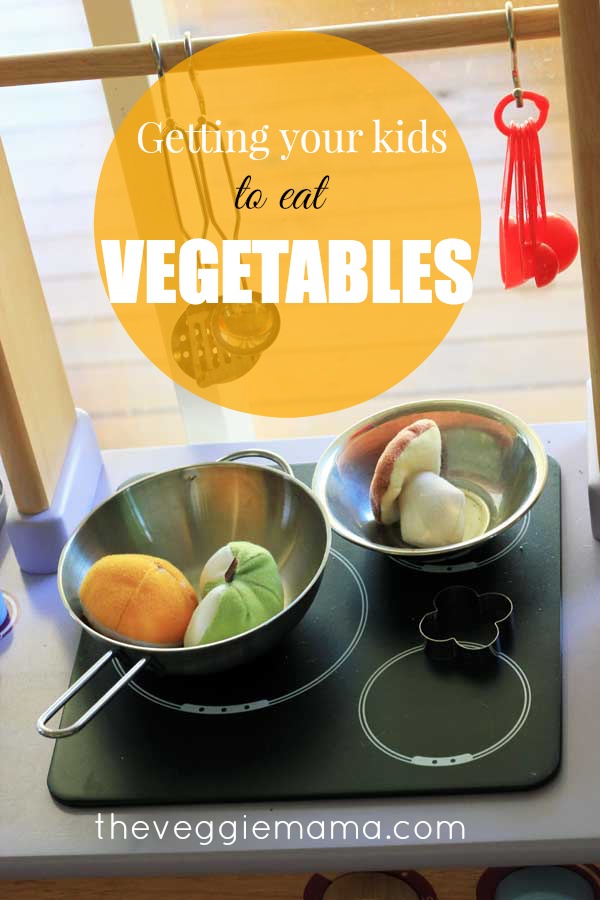 The last thing I want is for food to be a battle with my kids. And while one is happy to gum whatever I give her, the other exists on a diet that bores me to tears. I was one of those people who provided my child with a vast array of food for them to get used to, and I introduced her to just about everything. And then one day, at about 13 months old, she just stopped eating it. Straight up. No warning, no reason. She would look at it and just say “no” – unless it was cereal, yogurt or a sandwich. Yawn.

I have been on a mission to get her comfortable with vegetables, so I try to ensure they feature in her life as often as possible. Not only on her plate, but in her environment too. And the small but repeated steps I’ve been taking have resulted in several instances where she’s not only put the vegetable in her mouth, but she’s eaten it too! Glory glory hallelujah, we are getting somewhere! She even asks for “broccoyi” for dinner, although she doesn’t always eat it. I don’t care, it’s a start! I don’t worry and I don’t fuss, I just keep serving it up like it ain’t no thang, and if she doesn’t eat the same dinner the rest of us eat, then too bad. 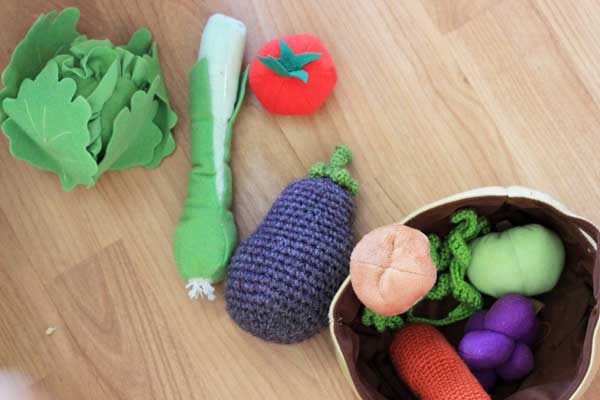 As far as normalising veggies, we have been playing with a bunch of different ones I bought from Ikea (and a carrot and eggplant that the very talented Shy Lion made for us!). We put them in the various pots and cook them up on Abby’s little wooden kitchen. She knows each of them by name now, and can be found making a little soup of her own at times. 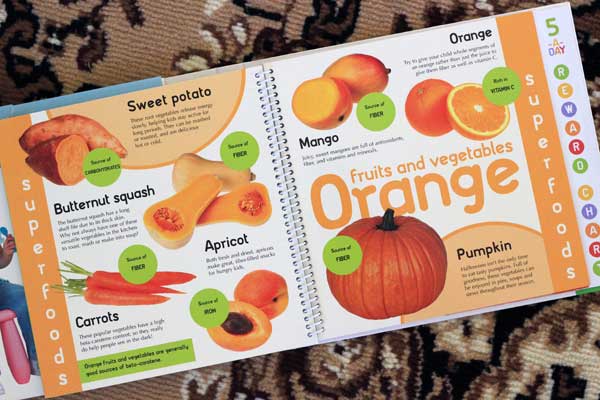 She also loves this book I bought from Booktopia called Mealtime by Roger Priddy. It is a resource for helping children to learn about healthy eating, with a book describing fruits and veggies and why they’re good for us, a reward/sticker chart for trying new foods (which we haven’t used yet), and some recipe cards. I leave it right in their play area and Abby will sit down and “read” it often, pointing out the foods and naming them aloud. It’s pretty cute! 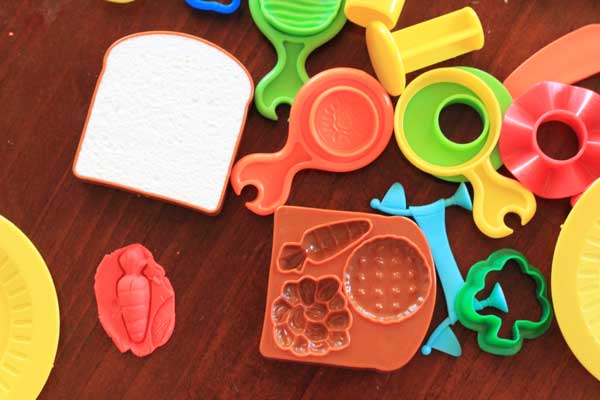 Abby loves Play-Doh, so we make little carrots, peas and other veggies from the moulds in the Play-Doh picnic lunch set (I can’t remember what it was called but it makes that cool sandwich thingy in the picture!), she gets a real kick out of creating her own stuff. 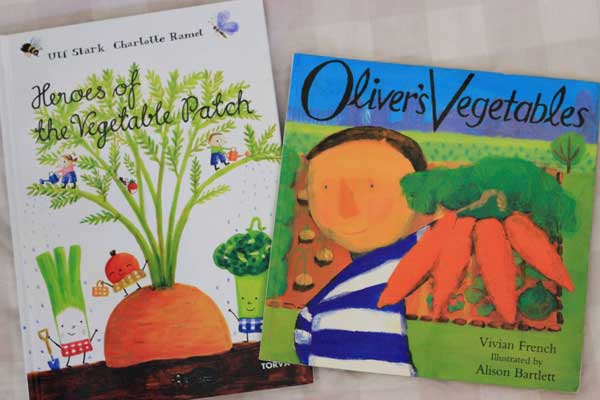 We also surreptitiously read her books about veggies at bedtime, which repeats the names and pictures of carrots and broccoli, etc that she has seen during the day. She can name all of the vegetables in the books (even fennel and leek!) and loves to read about them growing, but at two and a half, a lot of it is really over her head.

So that’s what we’re doing to make veggies part of the kids’ every day experiences. I’d love to hear your suggestions of other ways!