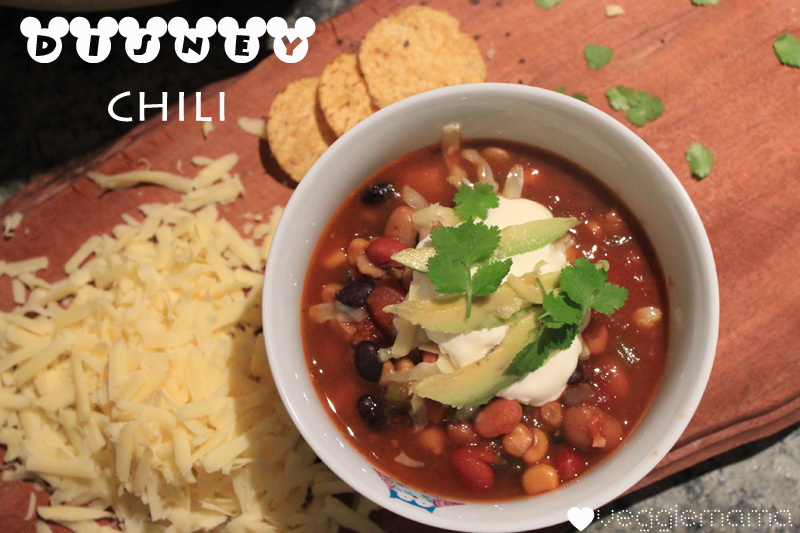 I’m told this Disney World Chili recipe is for the chili that is served at Columbia Harbor House, Magic Kingdom at Disney World. But you know, it’s the internet. My ability to verify this is pretty much zero.

I found the recipe here and adapted it… like, they said to use 1.5 teaspoons of chopped jalapenos – I put in three whole peppers, chopped. I like it spicy. I also forgot the olives, like a complete douche, but loaded it up with all the good stuff like cheese and avocado and ate it with corn chips. It was beany, but not too beany, and the chopped veggies helped with that. Overall, not a bad standby! I put mine in the crockpot (all but the canned beans) and it was perfect by dinnertime. I also soaked and boiled some black beans because they’re hard as hell to get in cans around here. I added them a little earlier than the canned beans to help soften them.

Here is my crockpot recipe, but there’s nothing stopping you from doing it on the stovetop. Unless you don’t have a stovetop.