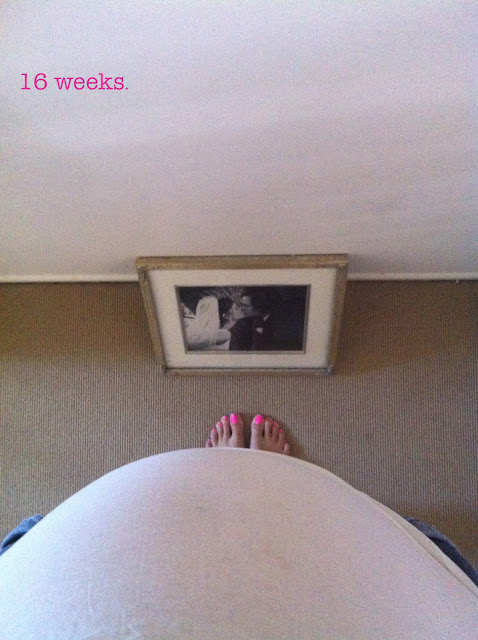 I’m not quite as mental as my last post on pregnancy, but if I know anything, it’s that hormones are strange and they’ll probably pop up again when I least expect it.

Watch out pretty much anyone in any supermarket, ever. And anyone who drives like a turbodouche.

I’ve passed the gross morning sickness stage, and can eat like a normal human again. Still on Craving Watch, as I expect to be struck with the insatiable urge to eat pickles and peanut butter at any minute. I didn’t get any cravings last pregnancy and I was so sad. I wanted to eat something weird and I never did. Given that this pregnancy is so different to the last one, I’m waitin’ and wishin’ and hopin’.

My blood pressure is ridiculously low, I’m at a loss to explain how I’m even functioning if my blood is basically sitting there with its feet up on the coffee table instead of being pumped to my vital organs. Suffice to say pretty much everything is a mammoth effort and it makes me feel incredibly gross. Surely I’m not going to faint this time… surely.

This post even sounds like it was written by someone who can’t even summon the energy to whine properly.

I’m also getting those funny twinges in my stomach ligaments so I know everything’s growing and doing its thing. I’m sleeping better and spending half my day in the ladies’. So… normal!

I weaned Bigs this week, as the toll on my already-very-underweight body of feeding and growing two humans was too much. It was such a good time for her, even though had I not fallen pregnant I still would be feeding. And if it wasn’t so much of a strain I’d be happy to feed until she didn’t want to any more. But she has bottles at day care and hadn’t made the connection that mum + boob = milk, so she hasn’t even raised an eyebrow at the changes. Most placid kid EVER. I was hoping to wean straight to a cup, but have to make do, with circumstances being what they are. Captain Flexible Mum, that’s me.

The obstetrician visit yesterday went well, except for the part where the midwife asked me to fill out a form for my “birth choices” and I had to face the fact that I have to go through birth again. I had such a traumatic experience last time, and I’ve got a lot of issues stemming from it that need to be addressed before I can face this birth with the same calm and determination I faced the last one. Six months is not long enough! I’m very aware that the more I read about it, and talk about it, and speak to others who have gone through similar things, the better I will feel, so it’s time to stop ignoring it and face it head on.

So if you’ve had a successful birth after a horrifically traumatic one, please let me know! Point me in the direction of posts you’ve written or read on the subject. Project Educate Veggie Mama starts now.