In between all the orders for various things, I’m also mid-everything I’ve seen lately and couldn’t wait to start making. I’ve said it before, but I’m so glad crochet doesn’t believe in monogamy, because I’m cheating on everything with everything else!

First up is this adorable apron: 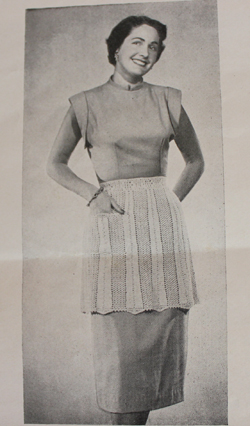 from this adorable book: 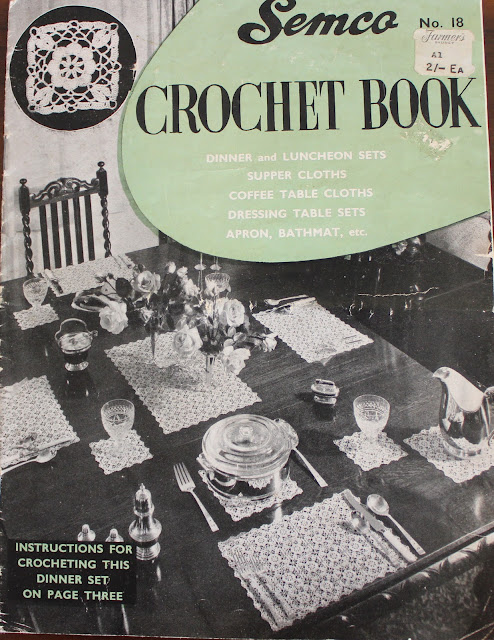 I can’t remember where I picked up this little number, but I’m pretty sure it was an antique shop. I have a couple more just like it, and they’ve got the cutest things! This book has patterns for dinner and luncheon (I’m bringing the word back!) sets, supper cloths, coffee table cloths, dressing table sets and a bathmat, in addition to the apron. 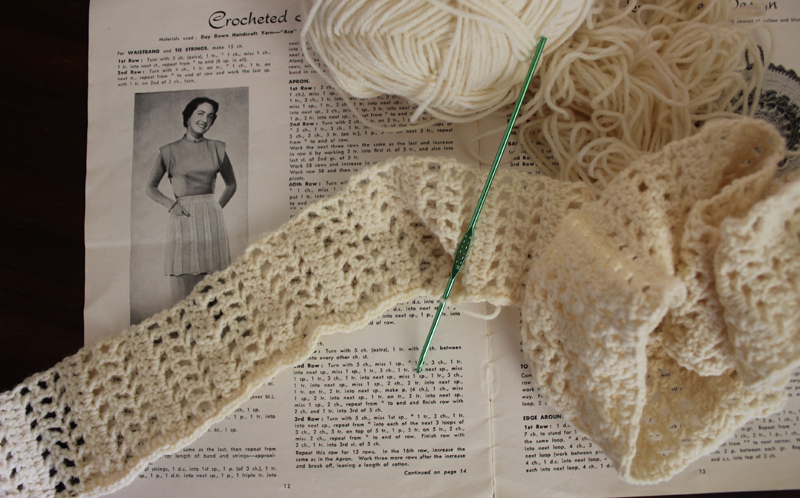 It turned out to be the hardest pattern I’ve ever followed. Which means it hasn’t worked, and I’ve had to improvise. This is the waistband which had a bunch of picots in it and looked weird and not like the picture, so I made up a new one that looks more like what the picture says. I also got six rows into the apron skirt and had to give up and make up a new one – it took me a while to get my head around the stitches because American and UK/Australian are so different (and I’m used to American), and vintage patterns are written so vaguely. It was trial and error, mostly error, so we’ll have to wait and see if the changes I’ve made can be pulled off!

Talk about headache. But it’s gorgeous, so I’ll persevere. 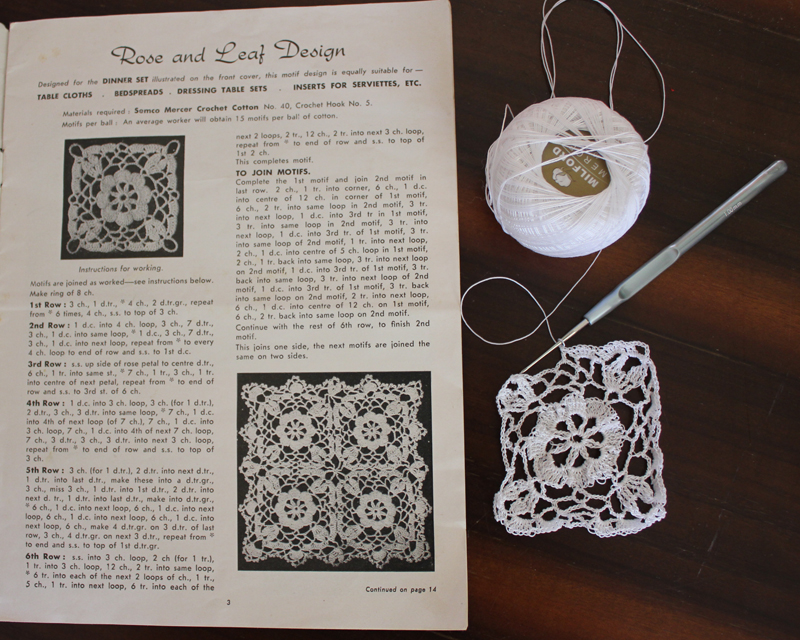 Next up is this doily, which is sending me fetchingly cross-eyed. I am supposed to make 15 of these teeny-tiny thangs with #40 crochet cotton and a size 1 hook. It isn’t as flat and nice as the picture, but I dare say once I wet them and let them dry and iron them, they’ll work themselves out. It’s just that the cotton is so stiff. Will be totally cute when done, though. 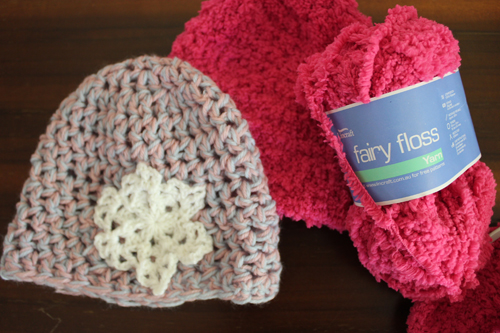 Our trip to Japan is in 7 sleeps, and Veggie Baby has grown out of all her winter hats we were given. I want to make this (very blurry) hat but in pink fairy floss with a light pink snowflake. Matching scarf in reverse colours. 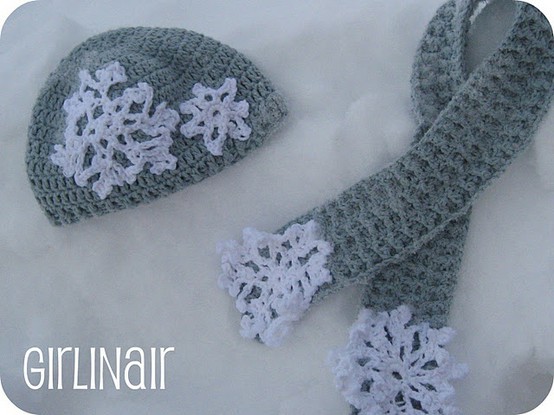 Which I have pinned here.

I won’t be crocheting the scarf, because this wool is impossible to see. I have to do it all by feel, and it’s easier to work with by knitting. Except the needles I want to use are tied up in this: 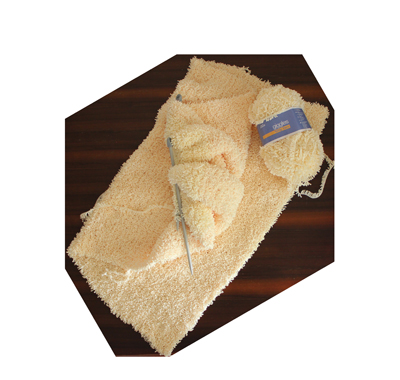 so do I quickly finish that and use the needles? Do I take this as Veggie Baby’s lap rug for the pram? Or do I take a more lightweight one and crochet the scarf instead?
gah.
Oh, and I’ve gotta make mittens for her teeny tiny fingers. 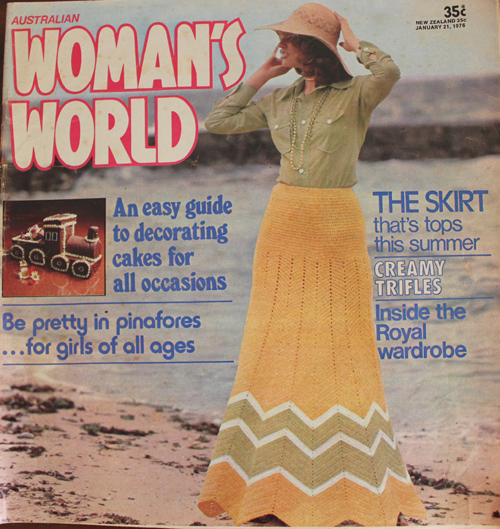 And I’ve bought the yarn for this fabulous thing, but am yet to start it – even though I’m dying to. The damn apron has thwarted me, but never fear, it will totally get done! I’m doing it in a cream/beige though, I couldn’t find an orangey-yellow that I liked and would actually wear. Cream and grey I think will be the colours.

What do you have on the go? If you have a link, I’d love to see it!
Previous Post: « Meatless Monday – Tempeh and Kale Stir Fry
Next Post: Edible Christmas Gifts with Super Food Ideas »