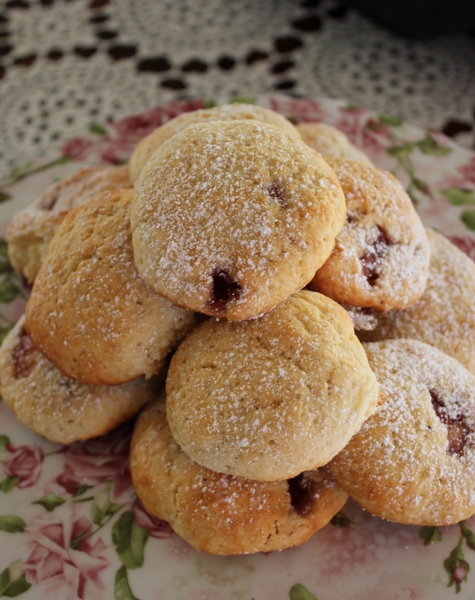 Warning: this post is going to contain a lot of pictures. Because this recipe book is so cool. I honestly wish it was in better condition 🙁
As I’ve mentioned before, I couldn’t make it to my grandmother’s funeral, so my mother packed up some of her old cookbooks and aprons and brought them back for me. This is one of them. I cannot for the life of me figure out what the name is, nor when it was made – save to guess it was around the time of World War II, as there’s a lot of info and ads geared to the goings-on of that time.

As with most of the books from this time, there is a bunch of information at the start about various things. So many tests to see if your oven is ready, etc… we once had a wood stove. I felt like I lived in the House on the Prairie. 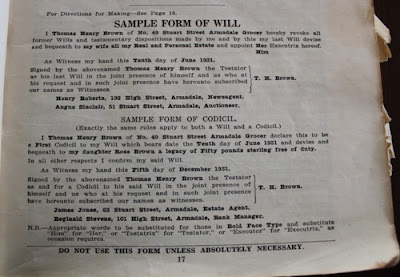 Here’s something you don’t see every day though – making a will! I guess it was pretty important in times of war to ensure everyone was covered, and as recipe books were usually the bible of the housewife it makes sense that this kind of information was available to them easily.

There is also a preface by one Dorothy M. Giles, who politely informs us she has a Diploma of Domestic Economy. What I wouldn’t give for one of those! Hailing as the ‘sometimes’ head of the Cookery Section of Swinburne Technical College, Glenferrie, Victoria (when did that section disapper?!), she has many years practical experience. Probably not in will-making, however.

She confidently recommends to all users of the book to patronise the advertisers therein, and also to use the ingredients advertised. Ok.

Ms Giles also regrets having to increase the price to 3/3, which has been approved by the Prices Commissioner (nice guy) – Approval No 1790 – and is necessitated “owing to the other paper being unprocurable and the super-calendar paper used in this issue being much more expensive,” and goes on to say there is some compensation in the superior appearance of the book with its fancy new paper. Probably the sole reason it’s still together all these years later!

Plenty of “how to get a man” hints… 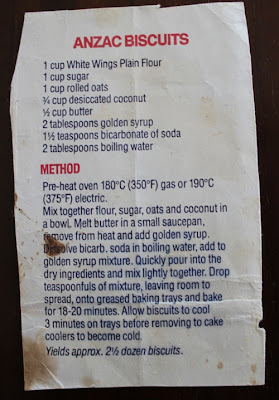 There were so many recipes in here I wanted to make – from apple shortbread with lemon cream, to little honey cakes and cheese straws. But I couldn’t go past the raspberry buns recipe – they sounded so cute! When I was a kid I used to love reading Enid Blyton, and she had a character called Mr Pinkwhistle. He had a cat for a housekeeper that always made him chocolate buns, and I always wanted to eat them! I will make chocolate buns one day… soon…
Anyway, this recipe gave amounts in pounds and gills (cute, right?) so I have adapted in case you’d like to make them yourself. Good for afternoon tea or as a home-made treat in a lunch box 🙂
Ingredients
1/2 cup butter
1/2 cup sugar
1 egg
70ml milk
1/2 cup ground rice/rice flour
1 1/2 cups plain flour
2 teaspoons baking powder.
Method:
1. Cream butter and sugar, add the egg and the milk.
2. Then the flour and baking powder, and mix into a fairly stiff paste.
3. Roll into small balls and hollow the centre of each.
4. Insert a little raspberry jam and close up. Dip into the white of an egg and put on a greased tray.
5. Bake in a quick oven. They will crack during the baking and show the jam.
They were so nice – a lot like a jam drop, but with the jam inside. I found it much easier to pat them into discs and pop the jam on top, then pinch closed and form into a ball from there. But that probably means the jam stayed more inside the bun, much like a donut and not a cracked-open jam-filled delight. It’s up to you! for me, the “quick oven” was 250C for 20 minutes-half an hour.
Previous Post: « Caramelised Onion and Feta Frittata
Next Post: Bento »