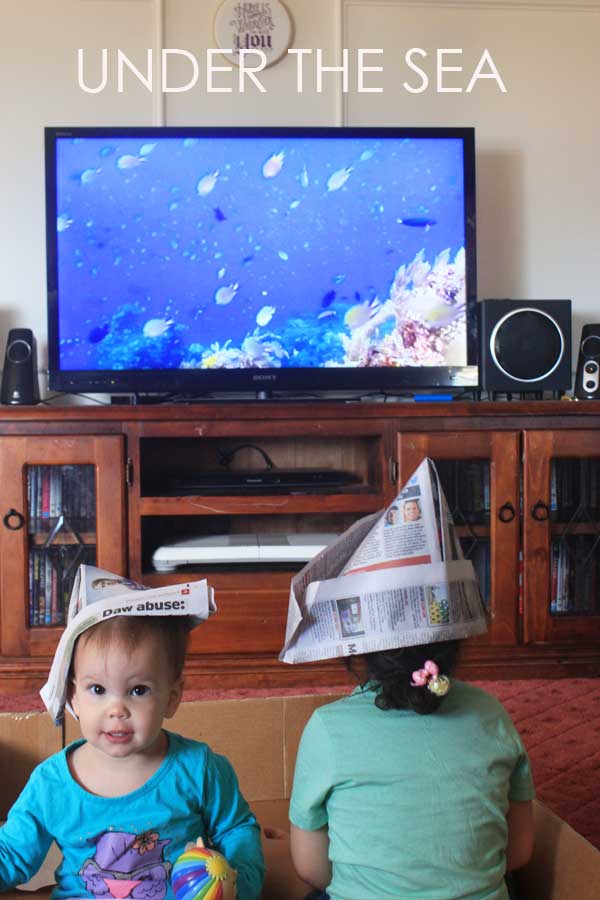 Sometimes, in an effort to think creatively when it comes to keeping kids amused (what do they say – the days are long but the years are short? amen!), I like to have a bit of a theme. That’s suddenly when I think of 50 things to do – I seem to work better with a few parameters.

You better believe we listened to The Little Mermaid soundtrack. (Walking around on those… whaddaya call ’em? Oh. Feet.) 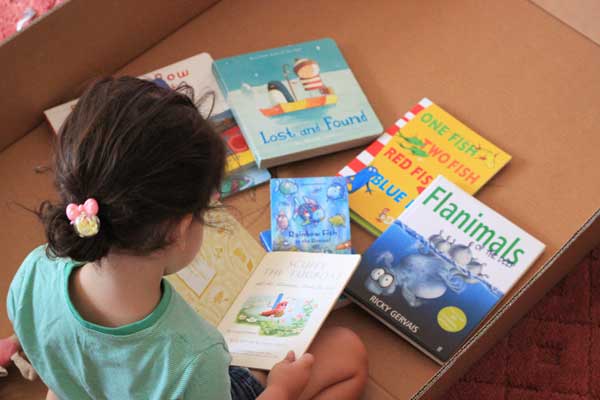 We went around the house and found all our ocean-themed books. Anything would do! We kept them in our “boat” (a big, flat box from Ikea) and read from them during the week. We wore pirate clothes, found a “talking” parrot, and ate lots of fruit so we wouldn’t get scurvy.

We printed out sea animals colouring pages (just from Google Image search), and we played this letter-matching game I found on Pinterest (I cut out the pieces and laminated them). 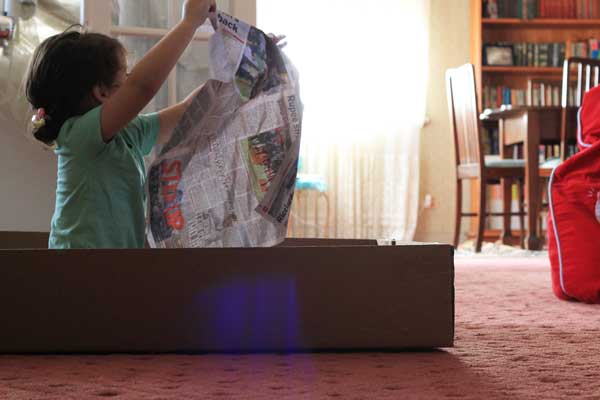 We made paper hats (I had to Google that too, I couldn’t remember!) and ate snacks in our boat while watching David Attenborough narrate some ocean documentaries, and sometimes we just had the Amazing Ocean 3D DVD on in the background.

I tried to find some Goldfish Crackers when I went to the USA Foods store, but they were all out :(. You can make your own with this recipe. If you don’t have fish-shaped cutters, use the star and call them starfish! You could also eat seaweed snacks, and cut fruit and veg or even sandwiches into marine shapes. I’ve even seen a yacht made with some sandwiches and a square slice of cheese. We had water with a drop of blue food colouring in it, and twirly bendy straws with mermaids on them (from my last trip to Daydream Island).

We talked about what kinds of animals live under the sea, and I put all the animals we’d coloured around us on the carpet, and pretended to look at them through binoculars. We had an inflatable pair that came with a pirate wading pool we bought a while ago, but I also taped two cardboard rolls together for Pepper to look through. Ahoy! We also were careful to steer clear of the hammer-head shark (all 10cm of it) which was another refugee from the Daydream Island gift shop. His soft, cuddly body was mighty frightening!

We didn’t get around to these activities, but I like this printable ocean counting book, and these painted handprint fish. We just painted blobs and called it a day.

It was a lot of fun to stretch my imagination into things that we could incorporate through the week. Even the Target trolley became a boat! Two little girls, sailing the ocean blue.