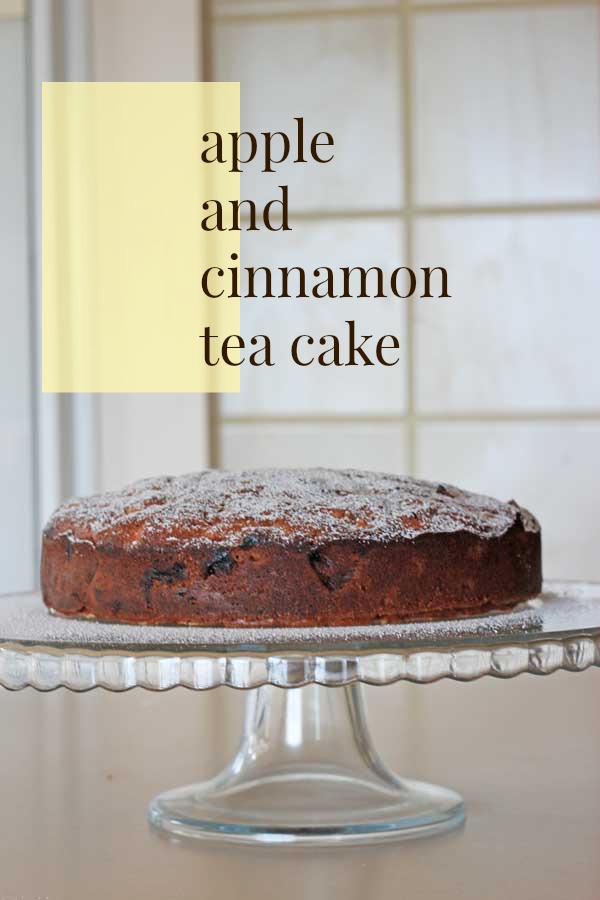 Sometime around 1950, someone by the name of Wynwode Reid edited, compiled, and tested 100 recipes in a book called Cakes, Scones and Biscuits. The aforementioned recipes were approved by Sarah Dunne, then the Cookery Expert to the Melbourne Herald. Their first recipe was for a Delicate Lemon Cake, and sometime in 2014, Stacey Roberts (expert in nothing cookery-related) decided she could improve upon the cake by removing the lemon element and adding apple and cinnamon. 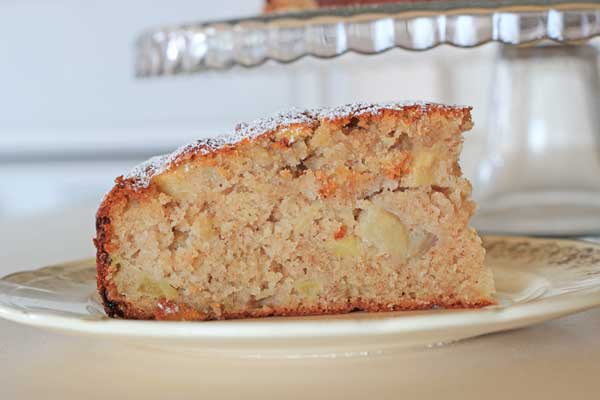 This might be quite an unfair description of the event, it’s possible she just had apples she needed to use up. And the other apple cakes in the book required faffing about, and she was entirely too lazy to faff. Or get a new book.

To one cup of sugar, she added 115-ish grams of softened butter. She ignored the part where it said to do half butter, half margarine. She also ignored the bit where it said “Codfat (a special kind of soft beef suet) or clarified dripping treated with milk to take away the meaty flavour can also be used successfully“. She creamed the butter and sugar, and added two eggs. She skipped over the bit where you add the finely grated rind of one lemon, and instead added two peeled and diced apples, and a half teaspoon of cinnamon. She then mixed in 1.5 cups of self-raising flour and 1/2 cup milk.

She didn’t realise until later that the recipe had advised beating the cake mixture for 5 minutes (lazy) but did turn it into a prepared tin and bake for about 30 minutes in a moderate oven. She did not ice with lemon icing and sprinkle with chopped angelica mostly because she does not know what angelica is.

She ate the cake and it was good. The end.